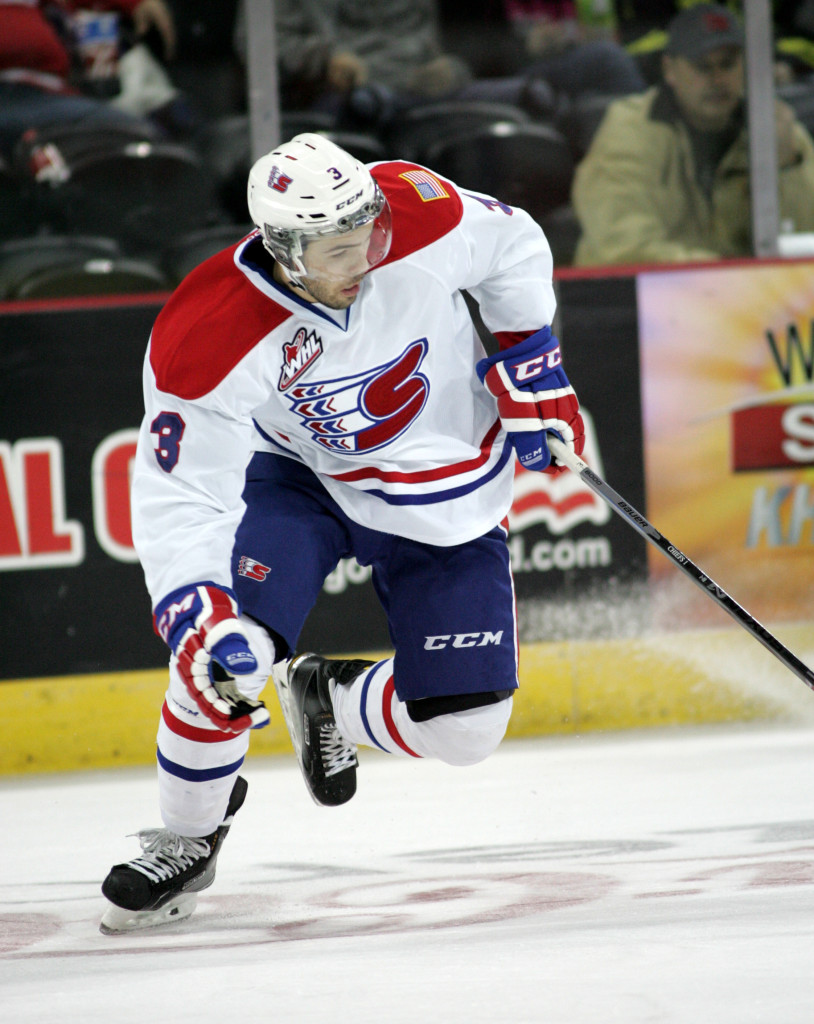 SPOKANE, Wash. – The Spokane Chiefs announced today that 1995-born players Nick Charif, Devon McAndrews and Blair Oneschuk will not return to the team for the 2015-16 season. The announcement narrows Spokane’s overage roster competition to four players.

“All three players have different reasons for moving on and we wish them the best in their future endeavors,” said Chiefs General Manager Tim Speltz.

Charif, acquired in a trade with the Red Deer Rebels during the 2014-15 regular season, will forego his overage season to attend Western University in London, Ontario, where he will utilize his two earned years of WHL Education Fund scholarship. Charif, in 95 total WHL games between Red Deer and Spokane, scored six goals and 26 assists.

“Nick was concerned with the 20-year-old maximum and decided, rather than go through the process, he would start his early on his post-secondary education,” Speltz continued.

McAndrews, who was acquired by the Chiefs from the Tri-City Americans during the 2014-15 regular season, has been released and cleared waivers. He is expected to play in the Alberta Junior Hockey League this year. An Edmonton, Alberta native, McAndrews played 90 WHL games over two seasons in the WHL, scoring eight goals and eight assists.

“Devin cleared WHL overage waivers and has decided to play in the AJHL.”

Oneschuk, after an injury-plagued 2014-15 season, has chosen to retire from competitive hockey and pursue an electrical trade apprenticeship in Calgary, Alta. Originally a listed player in July 2013, Oneschuk played 78 games over two seasons with the Chiefs, scoring nine goals and six assists.

“Blair had difficulty with injuries during his WHL career and has decided to move on with his future career.”

The Chiefs will kick off their annual fall camp at Spokane Arena on Thursday, August 27 with ice sessions running through Saturday and the annual Red-White Game at 1 p.m. on Sunday. All ice sessions and the Red-White Game are free and open to the public. A detailed schedule is available here.

The Spokane Chiefs open the 2015-16 regular season with Bud Light Opening Night on Saturday, September 26 at Spokane Arena. Ticket packages are on sale now and start as low as $110. For more information, stop by the Chiefs’ Ticket Office in-person on the southeast corner of Spokane Arena, call (509) 535-PUCK or visit www.spokanechiefs.com.