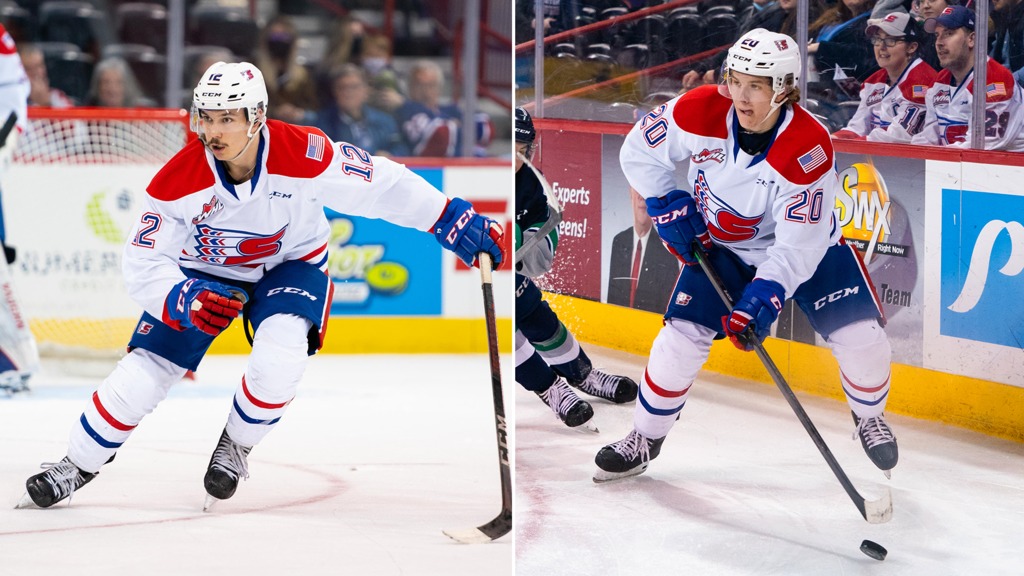 “With the league rules only allowing a maximum of three 20-year-old players on each roster, we had to make the difficult decision of having two players move on from our organization,” Spokane Chiefs General Manager Matt Bardsley said. “Reed and Erik have been with the team for three and four years, respectively, and represented the team in the highest standards both on and off the ice. We wish them all the best moving forward.”

Atchison played 153 games in a Chiefs uniform, contributing 20 goals and 28 assists over four seasons. The Las Vegas native posted career highs across the board last season with 10 goals and 12 assists for 22 total points. Atchison was also a part of the team’s leadership group during the 2021-22 season.

Jacobson played in 114 games as a Chief, finishing with 12 goals and 23 assists for 35 total points.