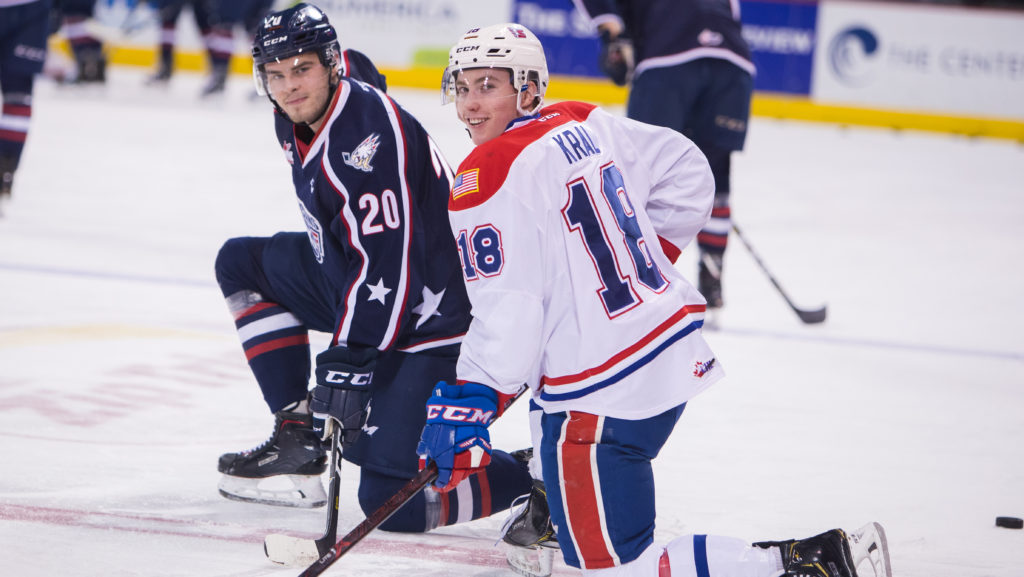 With the 2019 NHL draft in the rear view mirror, the Spokane Chiefs will turn their attention to the 2019 CHL Import Draft on Thursday. They have two picks available to use during the annual event, which will begin at 8 a.m. PT.

The CHL Import Draft is a combined draft between the Western Hockey League, Ontario Hockey League and Quebec Major Junior Hockey League, with picks rotating through the leagues in reverse order of final 2018-19 standings. The draft consists of two rounds of 60 teams. Spokane holds the 43rd and 103rd overall selections, should they choose to pick twice.

Defenseman Egor Arbuzov will be released from the club’s active roster and re-enter the draft pool. Czech defenseman Filip Kral (78th; 2017) will remain protected; he was selected by the Toronto Maple Leafs in the fifth round of the 2018 NHL draft and would represent a “two-spotter” as both an import and overage player. CHL teams are allowed two import players (from outside North America) on their active roster at any one time.