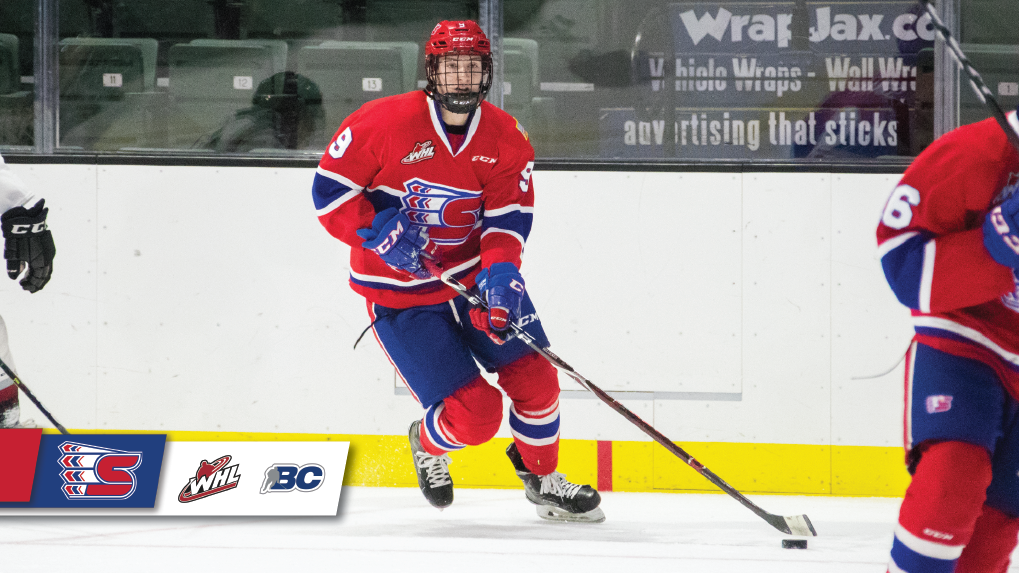 The Chiefs selected Sward, an Abbotsford, B.C. native, with their first-round pick (17th overall) in the 2018 WHL Bantam Draft. Through five games with Spokane during the 2018 preseason, the 15-year-old defenseman posted one assist and was tied for third on the team in +/- at +6. Following the Chiefs’ preseason, Sward joined the Fraser Valley Thunderbirds of the BCMML where he has accumulated six points (two goals, four assists) in 15 games played.

Sward will be one of 18 WHL players on the Team British Columbia as they look to capture their second Canada Winter Games gold medal in three tournaments. The WHL will be represented by two goaltenders, five defensemen, and 11 forwards on the province’s roster at the games, which will be held in Red Deer, Alta. from February 15 to March 3, 2019, though the men’s hockey tournament takes place from Saturday, February 16 to Friday, February 22.

The province’s history in men’s hockey at the Canada Winter Games includes two medals of each color, with their last medal a golden performance at the 2011 edition of the tournament in Halifax, N.S.