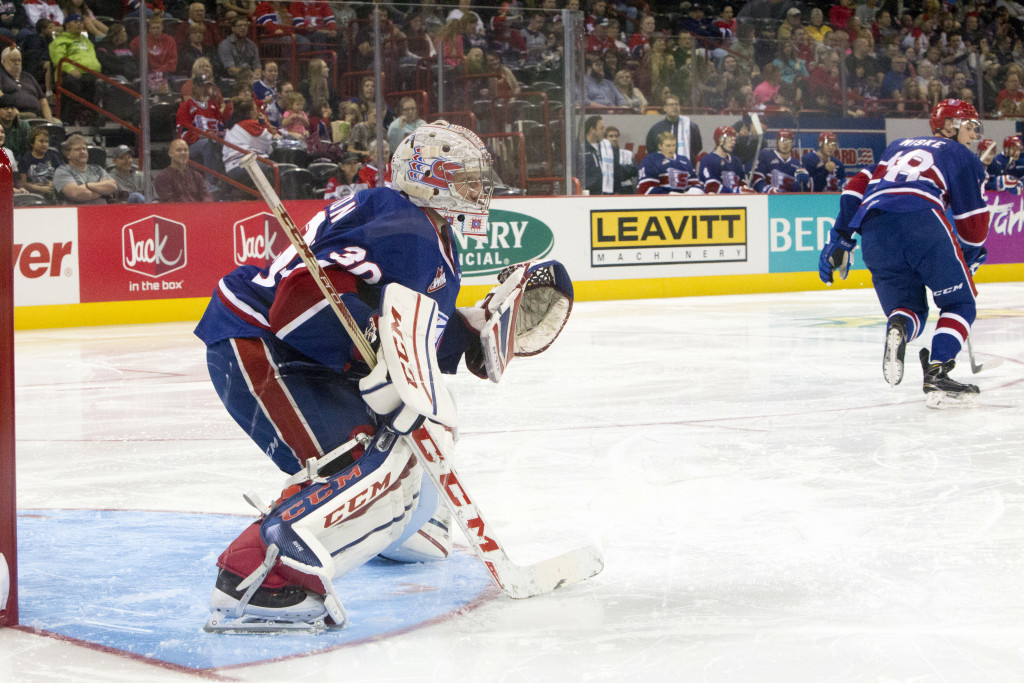 SPOKANE, Wash. – The Spokane Chiefs announced today that they have released goaltender Garret Hughson. He will be eligible for the WHL 20-Year-Old Cutdown Waiver Draft on Thursday, Oct. 15. If Hughson is not claimed in the waiver draft, he will become a free agent.

“Garret took great steps as a person and as an athlete during his three years with our team,” said Chiefs General Manager Tim Speltz. “We want to thank him for his contribution.”

“We feel, as an organization, that we need to commit to Tyson Verhelst and Matt Berlin as our goaltenders for this season and our future,” Speltz continued. “The Spokane Chiefs wish Garret all the best moving forward.”

The move leaves Spokane with two goaltenders on the roster in 18-year-old sophomore Tyson Verhelst and 17-year-old rookie Matt Berlin. Verhelst has appeared in five games this season, winning three while posting a .921 save percentage and 2.56 goals against average. He played in 26 games last season, earning an 11-11-0-0 record with one shutout. Berlin has yet to appear in a game.

The Chiefs return to Spokane Arena this weekend for the first time since Sept. 26 to face the Prince Albert Raiders on Friday, Oct. 16 and the Kamloops Blazers on Saturday, Oct. 17.