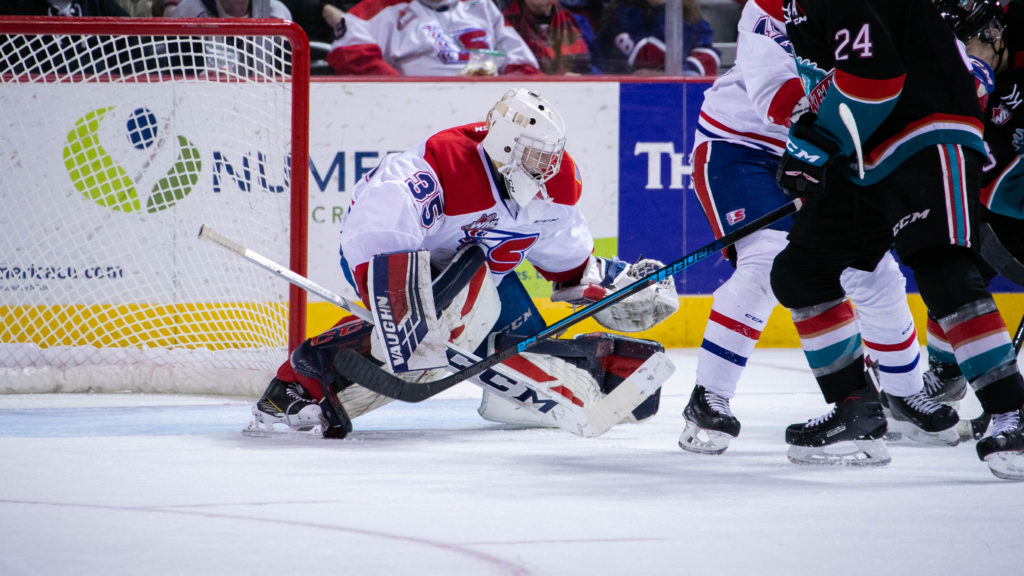 Spokane, Wash. — The Spokane Chiefs announced on Wednesday that overage goaltender Reece Klassen has been released and cleared WHL waivers.

“Given our numbers at the goalie position as well as our overage situation, this is a move we needed to make,” said general manager Scott Carter. “We’d like to thank Reece for his time as a Spokane Chief and wish him the very best moving forward.”

Klassen was acquired by the Chiefs from Lethbridge just before the trade deadline in January 2019. With Spokane, he appeared in 13 games, posting a .905 save percentage and 2.71 goals against average.

Spokane begins their regular season schedule at Kamloops on Friday.