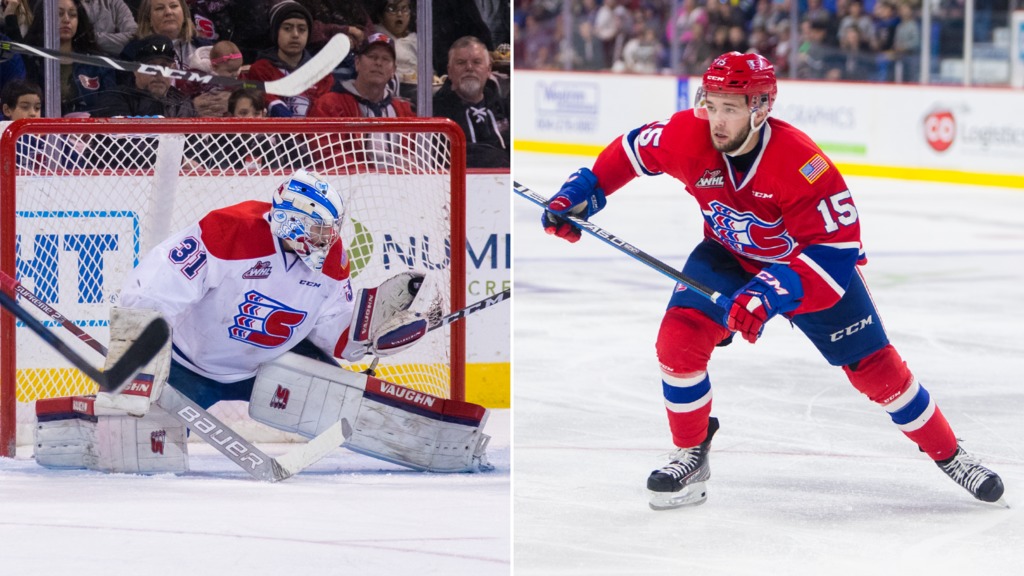 Spokane, Wash. — The Spokane Chiefs announced on Wednesday that they have released goaltender Bailey Brkin and forward Kaden Hanas. Both have cleared WHL waivers and are now free agents.

“This is one of those difficult situations where we have to look ahead to our overage limit and make a tough decision,” said general manager Scott Carter. “We appreciate the hard work Bailey and Kaden put in as Spokane Chiefs and wish them the best moving forward.

“With the acquisition of (Czech goalie) Lukas Parik in the import draft and our crowded 20-year-old situation, we felt it best to allow both to become free agents so they may find another team, either in the CHL or another league while teams are still looking,” Carter added.

Hanas was signed by the Chiefs midway through the 2018-19 regular season and made the jump from the AJHL to the WHL on January 12. He recorded three assists and 33 penalty minutes in 21 regular season games before scoring his first WHL goal in one of 15 playoff games played.

The roster moves leave Spokane with five 1999-born players eligible to return for the 2019-20 season: F Jake McGrew, F Ethan McIndoe, D Noah King, D Filip Kral and G Reece Klassen. Western Hockey League teams are allowed a maximum of three overage players. Those with more than three overage players to start the season must be under the limit by October 16.