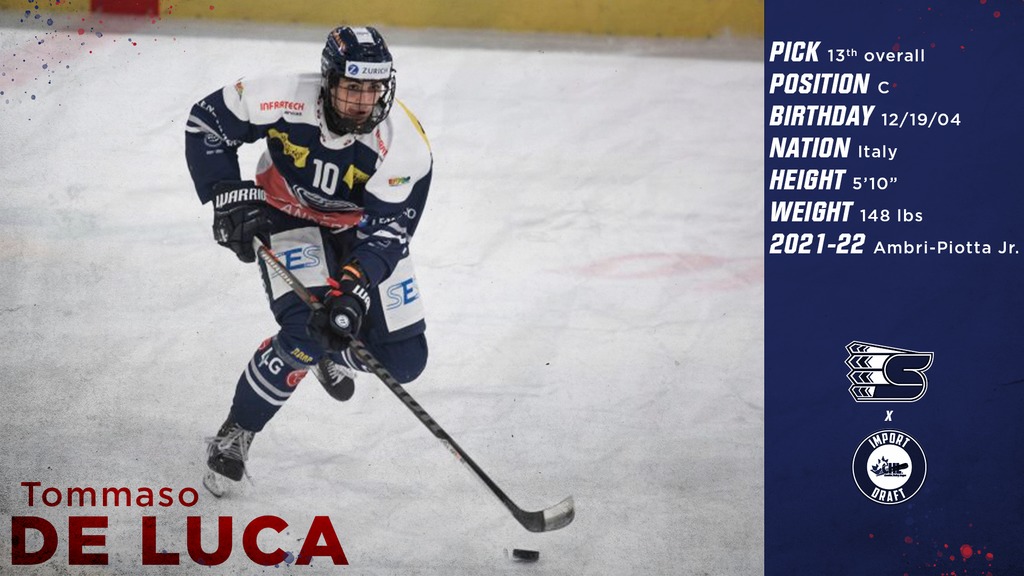 From Aosta, Italy, De Luca posted 12 goals and 28 assists for 40 points with Ambri-Piotta of the U20-Elit league in Switzerland last season. He lead his team in scoring and ranked 15th among the top scorers. The 17-year-old added seven more points (3G-4A) over seven playoff games.

“Tommaso is a very skilled goalscorer,” Chiefs European Scout Janik Beichler said. “He excels at creating space for himself and has an excellent shot. He brings all the tools necessary to be an impact player in Spokane in his NHL Draft year.”

De Luca is the first player ever selected by the Chiefs from Italy.

Spokane will retain the rights to defenseman David Jiricek (2003) of the Czech Republic, who was the Chiefs’ first-round (54th overall) pick in the 2020 CHL Import Draft. Yannick Proske (Germany) and Timafey Kovgoreniya (Belarus) will not be returning to Spokane.

WHL clubs are allowed two import players on their roster.