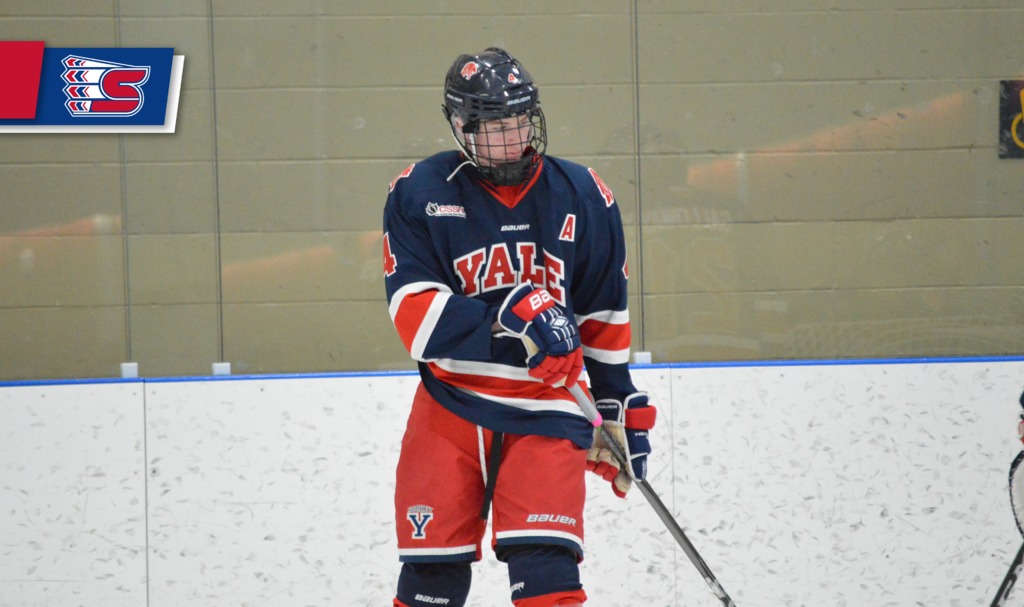 Spokane, Wash. – The Spokane Chiefs announced today that defenseman Graham Sward has signed a WHL Standard Player Agreement and committed to playing in the Western Hockey League. Sward was the 17th overall pick in the 2018 WHL Bantam Draft.

“Obviously it’s very exciting just to be drafted and to sign is a privilege,” said Sward. “I’ve heard nothing but good things about Spokane and the organization, so I’m just really excited.”

Sward stayed home on draft day and followed along on his laptop. “I didn’t really know at all (who would draft me),” he added. “Chris (Moulton) had phoned me one day and wished me good luck, but that was about it. I definitely did a few laps around my house when I got picked, I was so excited.”

Sward, a 2003-born rearguard from Abbotsford, B.C., was the Chiefs’ first round selection in the bantam draft earlier this month. Standing 6-foot-2 and 165 pounds, he played last season with the Yale Hockey Academy Bantam Prep (CSSHL), scoring two goals and 16 assists in 26 games. He added three assists at the annual John Reid Memorial Tournament as well as one assist in two games up with Yale’s Midget Prep squad.

“To be honest, we didn’t expect him to be available for us to pick at 17,” Spokane’s assistant general manager Chris Moulton said. “Before the draft, I just wanted to tell Graham that it was a pleasure to watch him play and wish him the best with whichever team picked him.”

As it turned out, that team was the Chiefs.

“He does a bit of everything really well,” Moulton noted after the draft. “He makes smart decisions, always has his head on a swivel, plays with poise and has an edge to his game.”

Sward was the first defenseman chosen by the Chiefs in the first round of the bantam draft since Ty Smith (first overall) in 2015. Smith just wrapped up his second WHL campaign, leading all Western Conference blueliners in scoring while earning both WHL Scholastic Player of the Year and Western Conference First Team All-Star honors. In 2016, Spokane selected forward Luke Toporowski with the eighth overall pick. He picked up 10 goals and 23 points during his recently completed rookie campaign, adding two goals and four points in seven playoff games. Forward Jack Finley, selected sixth overall in 2017, appeared in seven games with the Chiefs last season as an affiliated player, recording one assist.

“We are obviously thrilled to have Graham officially on board and excited to welcome him to our organization,” added Chiefs’ general manager Scott Carter. “He is a special young man with a bright future.”