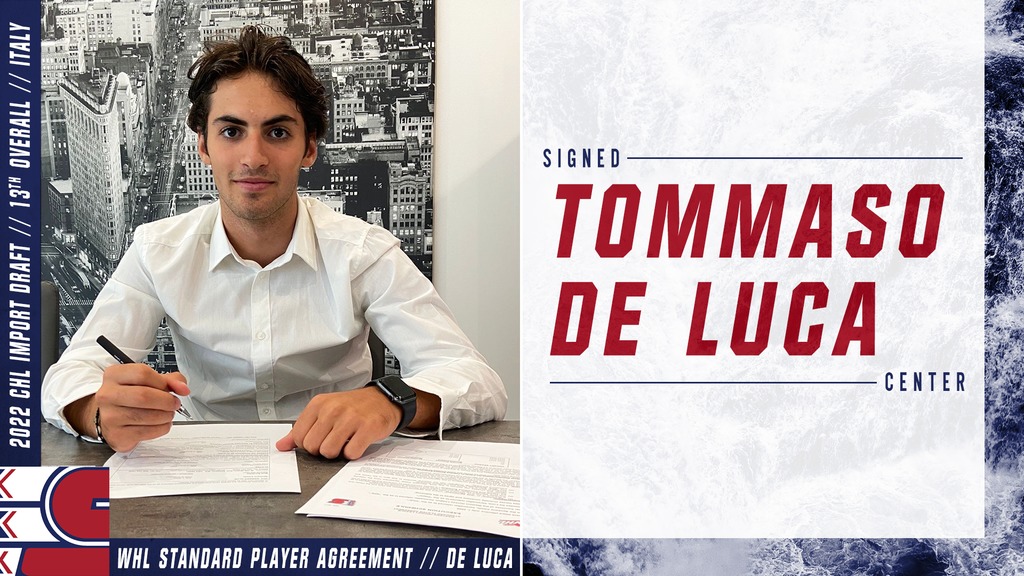 Spokane, Wash. — The Spokane Chiefs are proud to announce that prospect Tommaso De Luca has signed a WHL Standard Player Agreement. From Aosta, Italy, De Luca was selected by the Chiefs in the first round (13th overall) of the 2022 CHL Import Draft in July.

“We are excited that Tommaso has committed to come to North America and play for the Spokane Chiefs,” Chiefs General Manager Matt Bardsley said. “His creativity and sense for the game, along with his pro mindset, will be a great addition to the organization. We look forward to assisting him in maximizing his development and would like to welcome Tommaso and his family to the Spokane Chiefs organization.”

The 17-year-old center posted 12 goals and 28 assists for 40 points with Ambri-Piotta of the U20-Elit league in Switzerland last season, leading his team in scoring and ranking 15th among the top scorers in the league. De Luca added seven more points (3G-4A) over seven playoff games.

De Luca is the first Italian-born player ever drafted by the Chiefs.