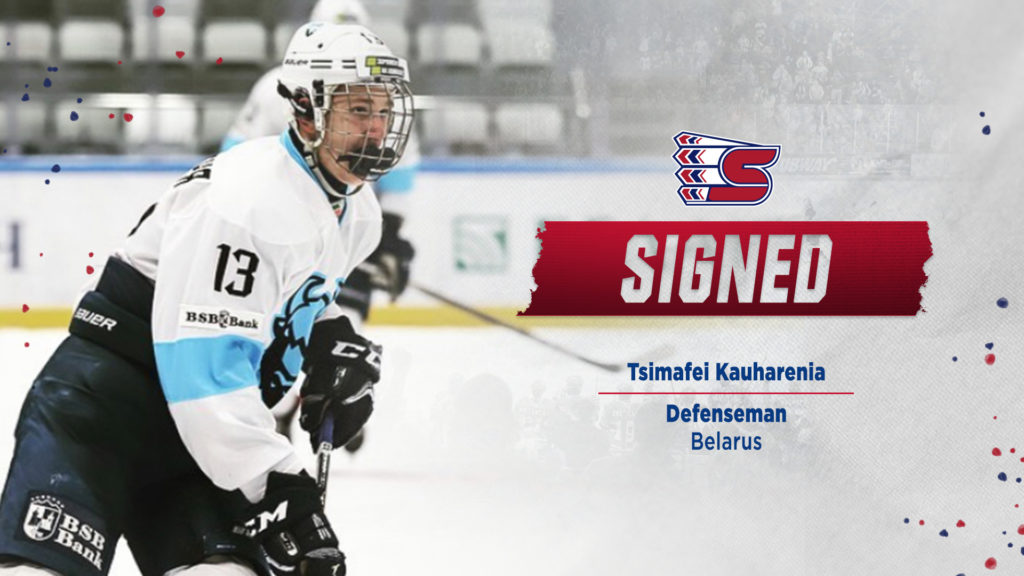 Spokane, Wash. — The Spokane Chiefs announced on Wednesday that they have signed defenseman Tsimafei Kauharenia to a WHL Standard Player Agreement. Kauharenia (previously listed as “Tomofei Kovgorenya”) was the Chiefs’ first-round (17th overall) pick in the 2021 CHL Import Draft.

“We’re excited to officially add Tsimafei to our organization and welcome him to Spokane,” said Chiefs general manager Scott Carter. “We look forward to seeing him on the ice in September.”

A 6-foot-3, 203-pound right shot defenseman from Minsk, Belarus, Kauharenia posted seven goals and nine assists for 16 points in 26 games with the Minsk Bison of the Vysshaya Liga, Belarus’ developmental league. Despite being just 17 years old, he also appeared in 17 games for the Dynamo Molodechno in the Extraleague, the top professional league in Belarus.