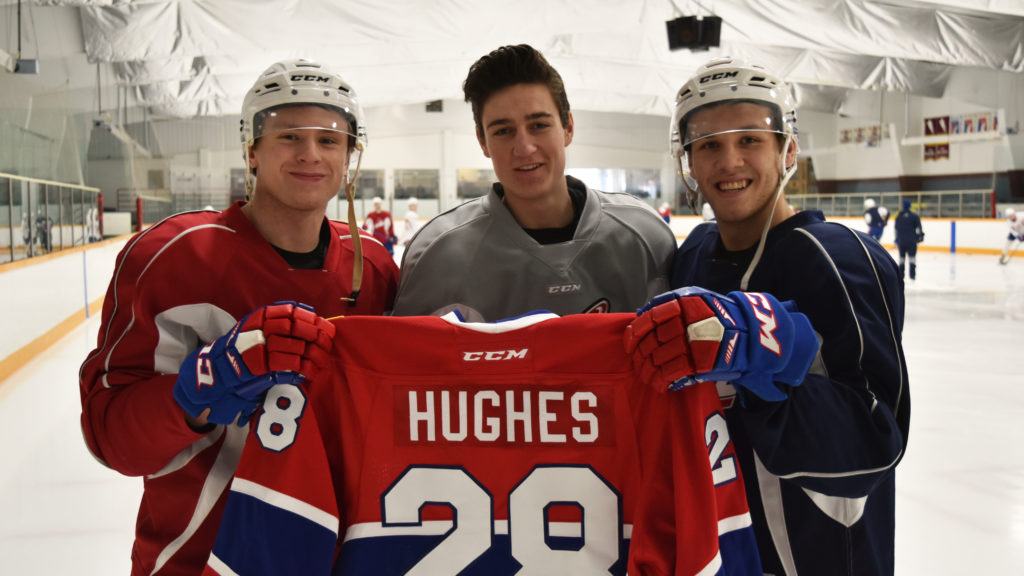 Spokane, Wash. — The Spokane Chiefs announced on Tuesday that they have signed forward Bear Hughes to a WHL Standard Player Agreement.

“Bear has made huge strides this year in his development,” said Chiefs general manager Scott Carter. “Kudos to (head coach) Mike Bay and the Spokane Braves. We are excited to officially welcome Bear to the Chiefs organization.”

Hughes, a 2001-born forward from Post Falls, Idaho, currently plays for the Spokane Braves of the KIJHL. He ranks first among all KIJHL rookies and fourth overall in scoring with 59 points (39G-20A) in 38 games. Hughes has recorded four hat tricks including a season-high six-point effort (4G-2A) in September.

“It’s always a good thing to add players with his kind of skill set,” said Chiefs general manager Scott Carter. “The fact that Bear is a local product is a bonus.”

Hughes attends Immaculate Conception Academy in Post Falls. Though he is not expected to join the Chiefs immediately, he will be eligible to join the team as an Affiliated Player following the completion of the Braves’ 2018-19 season.

The Chiefs’ next home game is Wednesday, January 30 versus the Portland Winterhawks. It will be another TicketsWest Player Magnet Giveaway Night as the first 1,000 fans through the gates will receive a refrigerator magnet featuring a Chiefs player courtesy of TicketsWest.

Tickets for January 30 and all Chiefs home games are available in-person at the Chiefs’ Ticket Office or over the phone at 509-535-PUCK during regular business hours, or online at spokanechiefs.com.