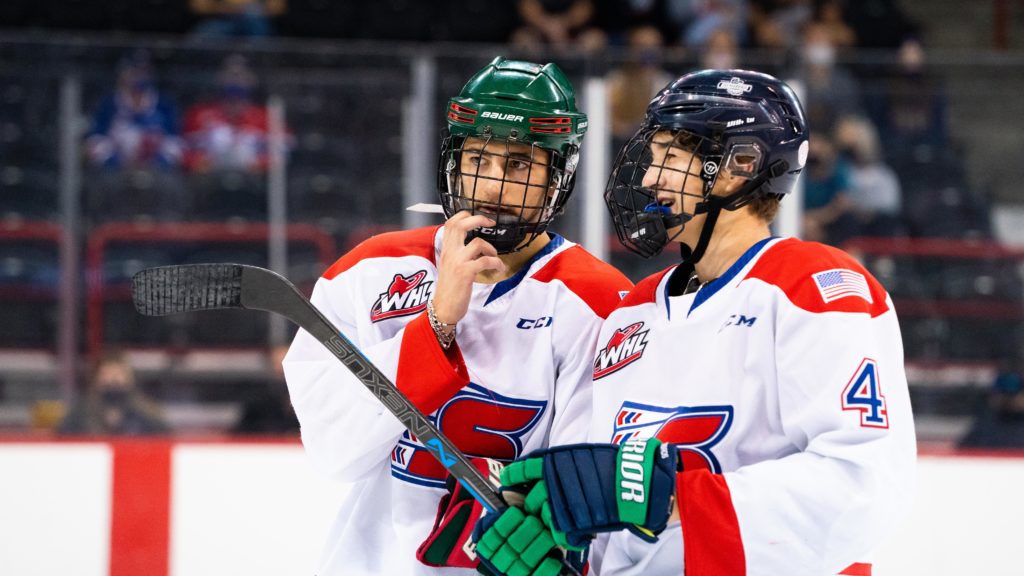 “We’re excited to officially welcome Cicek and Crampton to the Chiefs,” said Spokane Chiefs general manager Scott Carter. “They both impressed us on the ice during training camp this year and we can’t wait to see what they bring to our team.”

Cicek is a 6-foot-2, 171-pound forward from Winnipeg, Manitoba. Drafted by the Chiefs in the sixth round of the 2019 WHL Draft (125th overall), he showed off his scoring skill with the Winnipeg Monarchs as well as the Winnipeg Wild U18 AAA team over the last three seasons.

Cicek’s older brother Nick was a defenseman for the Portland Winterhawks from 2018-21, anchoring the club’s defense as team captain during the abbreviated 2020-21 season.

Crampton is a 6-foot, 160-pound rearguard from Chilliwack, British Columbia. Passed over in the WHL Draft, he was listed by the Chiefs in August of 2020.