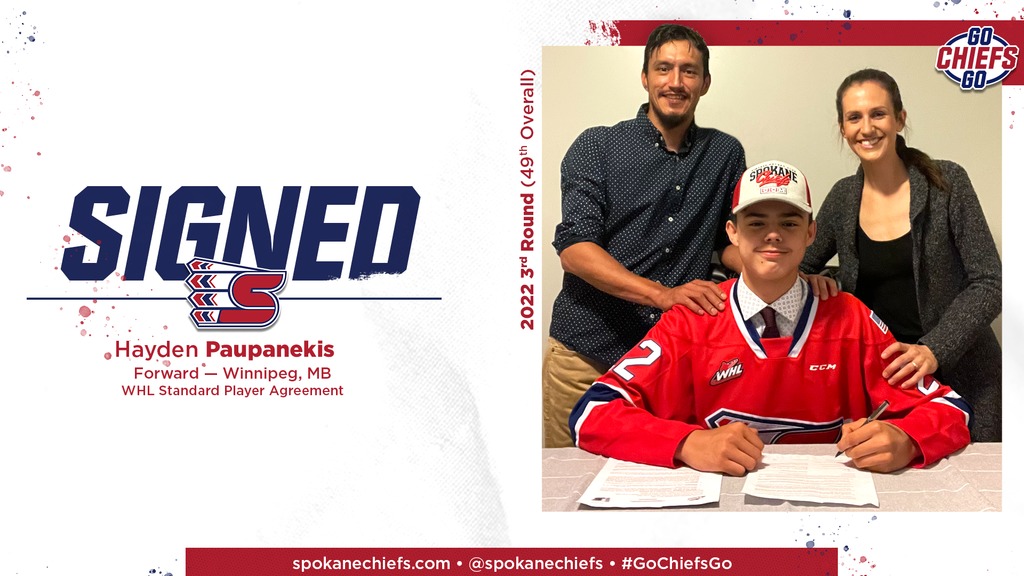 Spokane, Wash. — The Spokane Chiefs are proud to announce that prospect Hayden Paupanekis has signed a WHL Standard Player Agreement. From Winnipeg, Manitoba, Paupanekis was selected by the Chiefs in the third round (49th overall) of the 2022 WHL Prospects Draft in May.

“We are excited that Hayden and his family have committed to the Spokane Chiefs organization,” Chiefs General Manager Matt Bardsley said. “Hayden is a player who has an excellent combination of skating, skill, sense and compete. He can play and contribute in multiple situations and we look forward to watching him develop with our organization.”

The 15-year-old also played seven playoff games up with the Winnipeg Wild U17 club, tacking on five more points on two goals and three assists.

“I’m thankful to be part of such a great organization!” Paupanekis said. “I’m so excited for the future as a Spokane Chief.”