Chiefs’ Smith named to Vaughn CHL Team of the Week 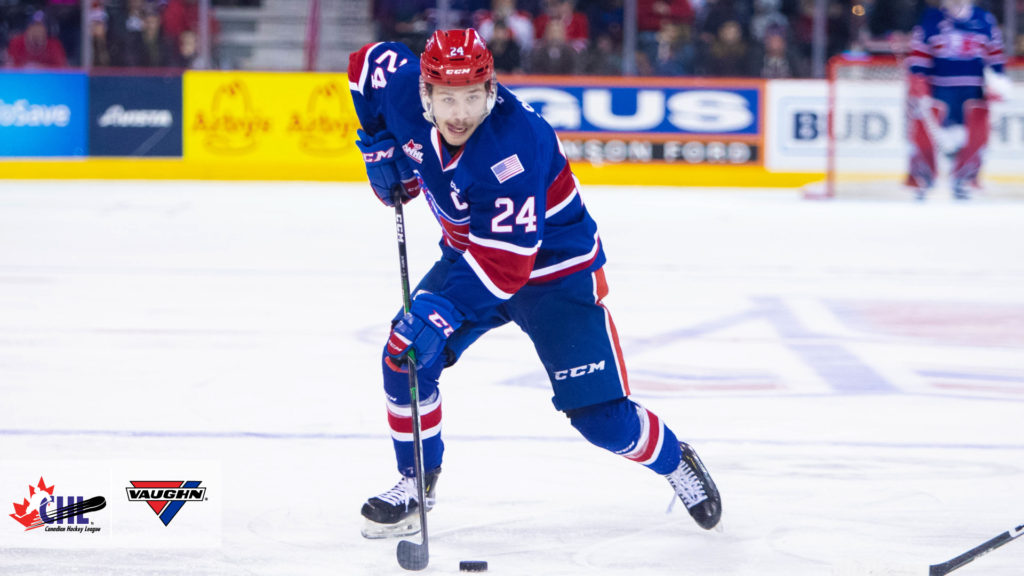 Toronto, Ont. – The Canadian Hockey League today announced the 23rd edition of the Vaughn CHL Team of the Week for the 2019-20 season based on individual performances from February 24 to March 1. Spokane Chiefs captain Ty Smith was selected after posting 10 points (5G-5A) in two games.

Headlining the forward ranks is Edmonton Oilers prospect Raphael Lavoie of the Chicoutimi Sagueneens who wrapped up the week with nine points (4G-5A) through four appearances. Currently riding a 13-game point streak, Lavoie’s top showing of the week came Tuesday against the Gatineau Olympiques as he posted one goal and a trio of assists to match a season high of four points en route to a 7-4 victory and second-star recognition.

Also up front is Erie Otters veteran centre Chad Yetman who impressed with eight points (3G-5A) over three games. The stretch included Yetman’s most recent outing coming Sunday versus the London Knights in a 6-3 final that saw him factor in on each of his team’s goals in tallying twice and adding one assist to help him earn second-star honours.

Rounding out the forward ranks is Columbus Blue Jackets prospect and London Knights co-captain Liam Foudy who recorded seven points (2G-5A) over three games. Picking up at least one point in 14 consecutive contests, that stretch included Sunday’s contest versus the Erie Otters that saw him finish with one goal and two assists to help his club to a 6-3 road win in which he was recognized as the game’s third star. For his efforts, Foudy was honoured as the OHL ‘On the Run’ Player of the Week.

On the blue line, New Jersey Devils first-round pick Ty Smith of the Spokane Chiefs shined with 10 points (5G-5A) over two games. Against the Seattle Thunderbirds on Friday, Smith set a franchise high-water mark in finishing with an astounding eight points counting three goals and five assists en route to a 9-2 victory and first-star honours. In recognition of his success, Smith was named the WHL ‘On the Run’ Player of the Week.

Also on the back end is fellow Devils prospect Xavier Bernard of the Sherbrooke Phoenix who came up with six points (1G-5A) over three appearances. Against the Val-d’Or Foreurs on Saturday, Bernard tied a franchise single game record with one goal and four assists for five points to help his team to a 9-4 road victory in which he was also recognized as the game’s first star. For his efforts, Bernard was named the Ultramar QMJHL Player of the Week.

Between the pipes, Oilers second-round draft pick and Moncton Wildcats netminder Olivier Rodrigue dazzled across two appearances in coming away with a pair of victories and a combined 55 saves for a .948 save percentage and a 1.50 goals-against average. Surrendering a lone regulation loss in his past 16 appearances, that stretch includes Sunday’s 3-1 road win over the Rimouski Oceanic in which Rodrigue turned aside 28 to pick up his 29th victory of 2019-20 and extend the Wildcats record win-streak to 15. 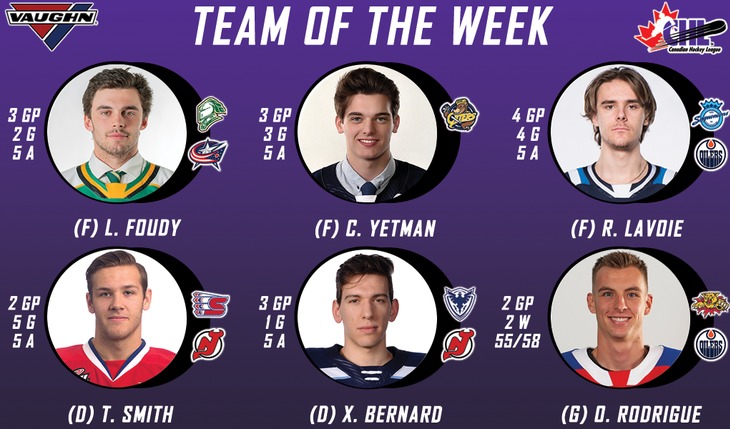