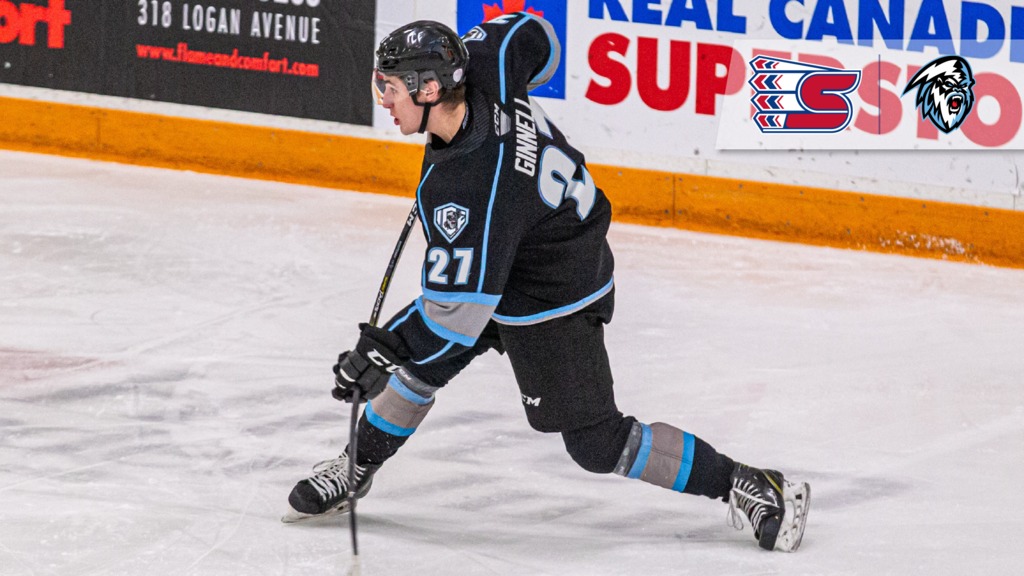 Spokane, Wash. — The Spokane Chiefs announced on Wednesday that they have acquired forward Brad Ginnell from the Winnipeg ICE. In exchange, the Chiefs send two bantam draft picks; a 2020 fourth-round (originally from Edmonton) and a 2021 sixth-round.

“Brad is a versatile forward who can play anywhere in the lineup and in all situations,” said Spokane general manager Scott Carter. “He has the ability to score, is comfortable on the power play and brings a lot of WHL experience.”

Ginnell, a 6-foot-1, 170-pound winger from Calgary, has 10 goals and seven assists in 34 games with the ICE this season, including five power play tallies. A 214-game veteran of the league, he was originally a fifth-round bantam pick by Portland, where he began his career in 2016.

He was traded from Portland to the ICE in December 2017 and turned in a career year with his new club last season, posting 16 goals and 25 assists for 41 points during the 2018-19 campaign.

Ginnell’s father Erin and grandfather Pat both have deep ties to the league and the hockey community. Erin played two seasons in the WHL from 1985-87 (New Westminster, Calgary, Seattle, Regina, Swift Current) and is a long-time NHL scout, currently with the Vegas Golden Knights.

“We’d like to officially welcome Brad and the Ginnells to the Chiefs family,” added Carter.

Ginnell is expected to join the Chiefs this week.