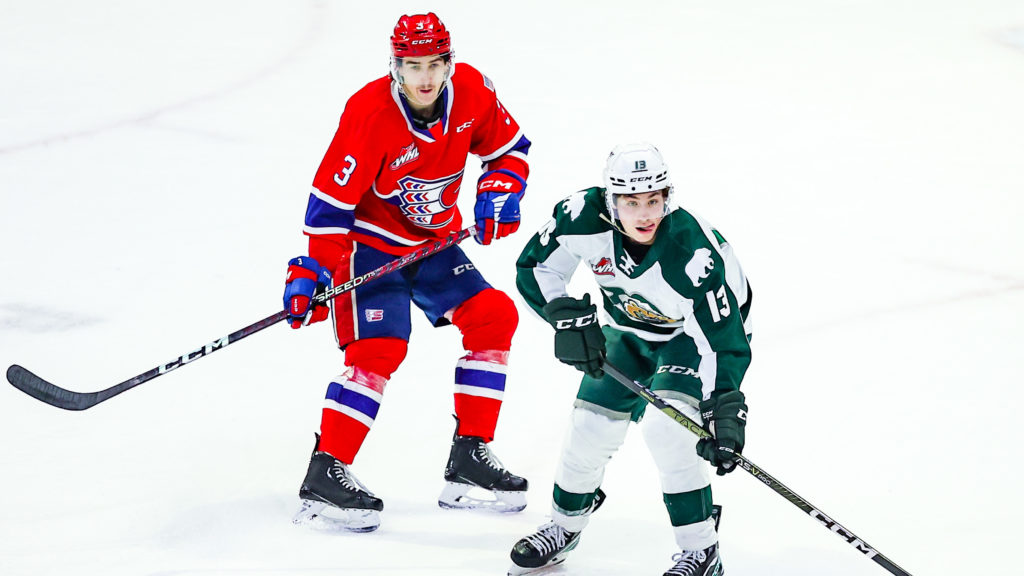 Everett, Wash. – The Spokane Chiefs got out to a hot start in Everett Friday night, but ultimately fell short to the Silvertips, 5-2.

The Chiefs were quick to get on the board when Chase Bertholet sniped the puck to the top left corner of the net just 59 seconds into the game for his 19th goal of the season.

The Silvertips responded with a power play goal from Beau Courtney at 7:18.

Spokane later added a power play goal of their own in the last three minutes of the frame. Cade Hayes found Raegan Wiles on the blue line and he slid the puck over to rookie defenseman Will McIsaac, who drove the puck bar down from the left circle for his first WHL career goal. The goal also marked his second point of the night after he earned an assist on Bertholet’s goal.

A big shot from Big Will – his FIRST @TheWHL career goal!!! 👏

And for the lead, too! It’s 2-1 at 17:34. Apples for Wiles and Hayes.#GoChiefsGo pic.twitter.com/gJCItOneLc

But the momentum shifted completely in Everett’s favor by the end of the second period, as they scored three unanswered goals throughout the frame to go up 4-2.

Caden Zaplitny added Everett’s fifth and final goal of the game at 12:54 in the third period.

Up next, the Chiefs head home to host the Victoria Royals in their annual Military Appreciation Night match-up. Spokane will wear special themed jerseys, which will be auctioned off during the game.

The Chiefs’ next home game is Saturday, January 21 versus the Victoria Royals. It’s Military Appreciation Night, presented by Pizza Factory! Tickets for January 21 and all regular season games are available online at spokanechiefs.com/tickets.