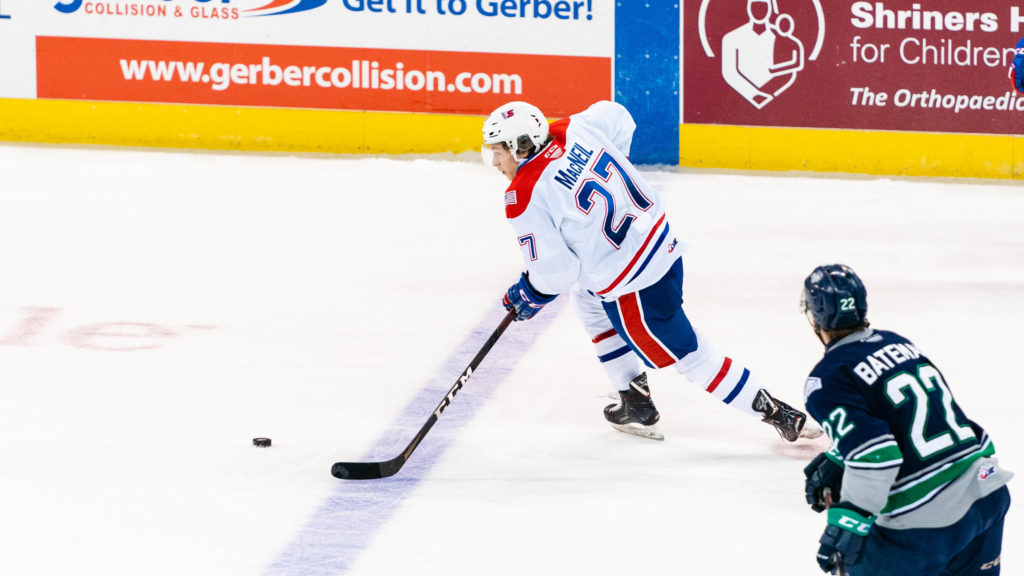 Spokane, Wash. — The Spokane Chiefs announced on Tuesday that they have acquired two WHL Draft picks from the Medicine Hat Tigers in exchange for forward Owen MacNeil. The Tigers will send Spokane a fourth-round pick in 2022 and an eighth-round pick in 2023.

“We’d like to thank Owen and his family for being a part of the Chiefs organization,” said Chiefs General Manager Scott Carter. “He has given us 100 percent from day one as a Chief and we wish him all the best in Medicine Hat.”

MacNeil, a 2003-born center from Calgary, was a second-round pick by the Chiefs in 2018. In 67 games played over two seasons, he has scored three goals and eight assists for 11 points, adding 23 penalty minutes.

TRADE 🔄 | The Chiefs have acquired two draft picks from @tigershockey in exchange for forward @OwenMacNeil_22.

Thank you for everything, Owen, and good luck in MH.