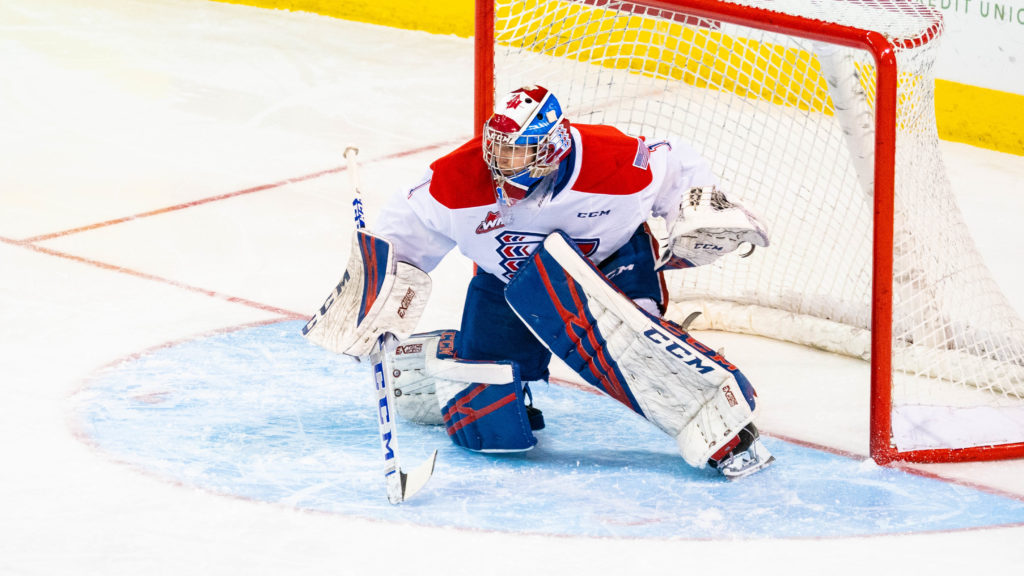 Spokane, Wash. — The Spokane Chiefs announced on Thursday that they have traded goaltender Campbell Arnold to the Victoria Royals for a third-round pick in the 2023 WHL Prospects Draft.

“We felt Campbell deserved a chance to be a starting goalie in the WHL and this will provide him that opportunity while helping clear up our crowded crease situation,” said Chiefs General Manager Scott Carter. “He is also from the (Vancouver) Island so the ability to play closer to home is an added bonus.

“This trade was very difficult emotionally for me and our staff as Campbell was one of my first WHL draft picks and he is such a great young man,” added Carter. “He will be greatly missed and we wish him the best with the Royals. Once a Chief, always a Chief.”

Also headed to Victoria in the deal is a ninth-round pick in the 2021 WHL Prospects Draft (originally Kamloops’ pick).