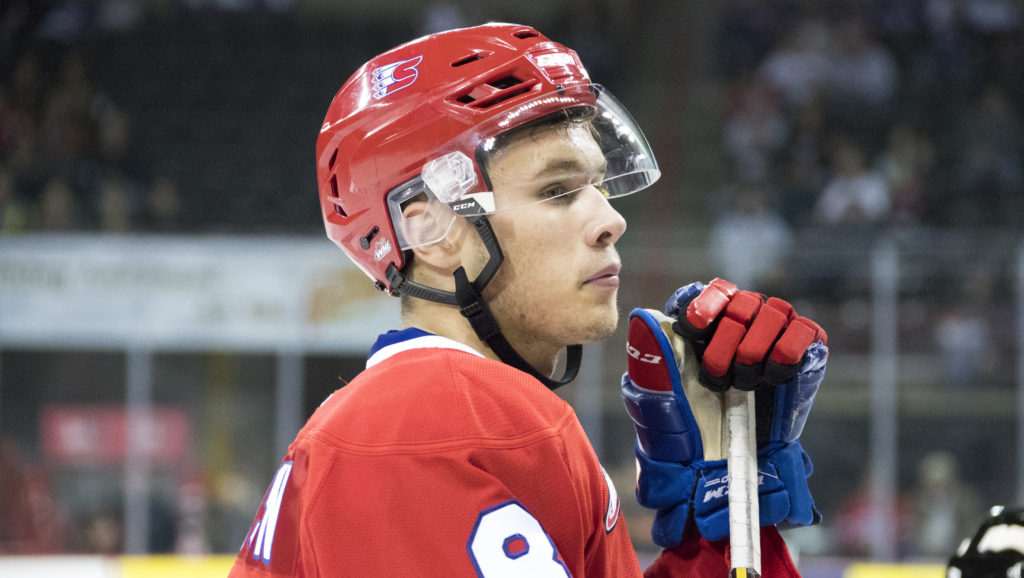 SPOKANE, Wash. – The Spokane Chiefs announced today that they have traded defenseman Jordan Henderson to the Saskatoon Blades in exchange for a sixth round pick in the 2017 WHL Bantam Draft.

“With the numbers in our defensive group, this is a move we had to make,” said Spokane General Manager Scott Carter. “We’d like to thank Jordan for his contributions to our organization and wish him the best in Saskatoon.”

Henderson, a 19-year-old defenseman from Vancouver, B.C., appeared in 112 games over three seasons with the Chiefs, scoring one goal and adding 12 assists. He was originally the Chiefs’ fourth round (72nd overall) pick in the 2012 WHL Bantam Draft.

The move leaves Spokane with 24 players, including seven defensemen.

The Chiefs host the Everett Silvertips at Spokane Arena on Saturday night. It will be Itron Team Poster Giveaway Night & Post-Game Autograph Session as the first 5,000 fans through the gate will get a full-team poster courtesy of Itron.

Tickets for Saturday night and all Chiefs home games are available in-person at the Chiefs’ Ticket Office, over the phone at 509-535-PUCK and online at ticketswest.com or spokanechiefs.com.