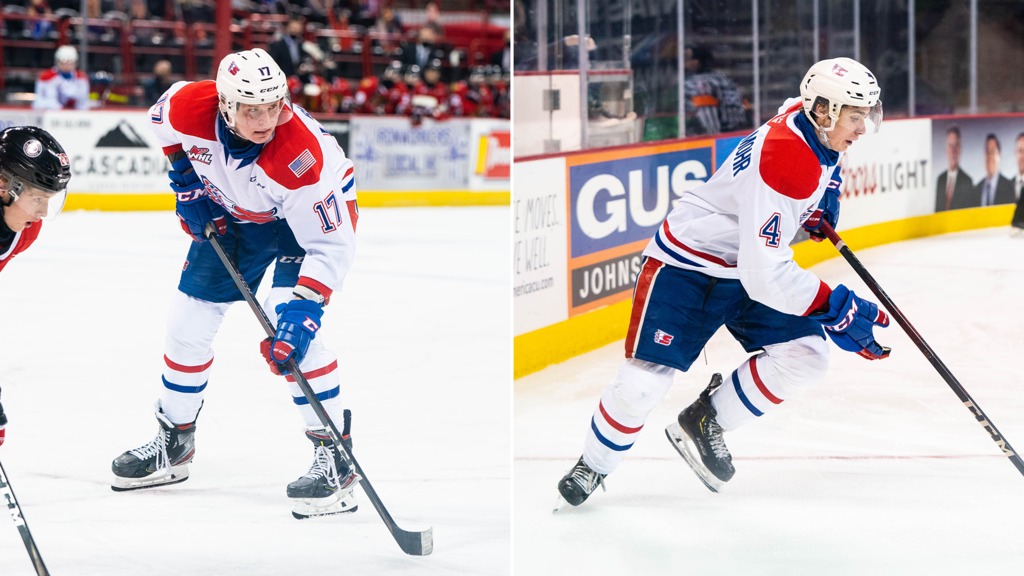 Spokane, Wash. — The Spokane Chiefs announced on Friday that they have trimmed their active roster to 25 players by moving forward Brandon Reller and defenseman Chase Friedt-Mohr.

“With the regular season now underway, we’re in a position where we need make some tough decisions to get our roster down to a more manageable number of players,” said General Manager Scott Carter. “Thank you to Chase and Brandon for their hard work. We wish them the best this season.”

Reller is a 2003-born winger from Hanover, Minn. who has 49 career WHL games under his belt, recording five goals and three assists for eight points. Listed by Spokane in 2019, he is expected to report to the Sioux Falls Stampede of the USHL.

Friedt-Mohr, a 2003-born defenseman from Prince Albert, Sask., has played 15 career games, scoring a goal and an assist. He was originally the Chiefs’ fifth-round (105th 0verall) pick in the 2018 WHL Draft. He is expected to report to the Kindersley Klippers of the SJHL (Junior ‘A’).

The Chiefs’ 2021-22 regular season continues on Friday, October 8 when they host the Seattle Thunderbirds at Spokane Arena. It will be Numerica Magnet Schedule Giveaway as the first 3,000 fans through the gates will receive a Chiefs refrigerator magnet courtesy of Numerica Credit Union. Tickets for Friday and all regular season games are available online at spokanechiefs.com/tickets.