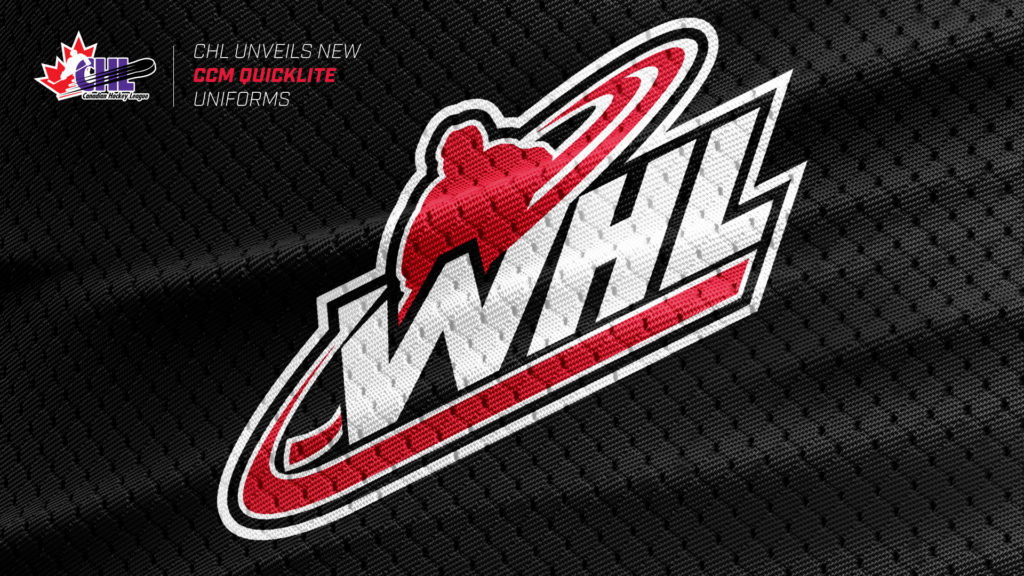 Toronto, Ont. – With just over two weeks until the puck officially drops on the 2019-20 season the Canadian Hockey League is proud to unveil new CCM QuickLite uniform concepts hitting the ice from coast-to-coast.

For the first time since 2009-10, all 60 teams in the Western Hockey League, Ontario Hockey League, and Quebec Major Junior Hockey League will sport two redesigned jerseys for the start of a new campaign.

The CCM QuickLite concept modernizes the hockey uniform and provides players with a lighter jersey, enhanced range of motion, and the comfort to further improve performance.

Jersey fabric contains moisture wicking properties with four-way stretch, softer hand feel, abrasion resistance, burst resistance, and breathability.  The patented ergonomic arm fit is consistent with NHL designs, while the lightweight mixmedia crest techniques will increase mobility and speed as players are no longer impeded by the stiffness of full embroidery.  Socks are also aligned with the jersey concept and include a new cut-resistant feature and QLT knit for a higher level of breathability.

The QuickLite concept features a consistent DNA across the CCM family of products pulling inspiration from their extensive line of equipment.  All jerseys will include the new CCM DNA on the collar, new signature reflective branding on the back, plus the traditional regional league film patch and CCM brand on the front chest, and woven CHL branding on the back.

CCM has been the exclusive jersey provider for the CHL since the 2003-04 season, and in addition to jerseys, is the league’s premier equipment supplier.  The CHL currently uses CCM products exclusively in categories that include helmets, visors, gloves, pants, hockey socks, and all under-protective equipment, plus a non-exclusive partnership in sticks, skates, and goalie equipment categories.  CCM’s fleet of NHL stars includes many of the CHL’s most esteemed alumni such as Sidney Crosby, Connor McDavid, Carey Price, John Tavares, Nathan MacKinnon, and Mat Barzal.