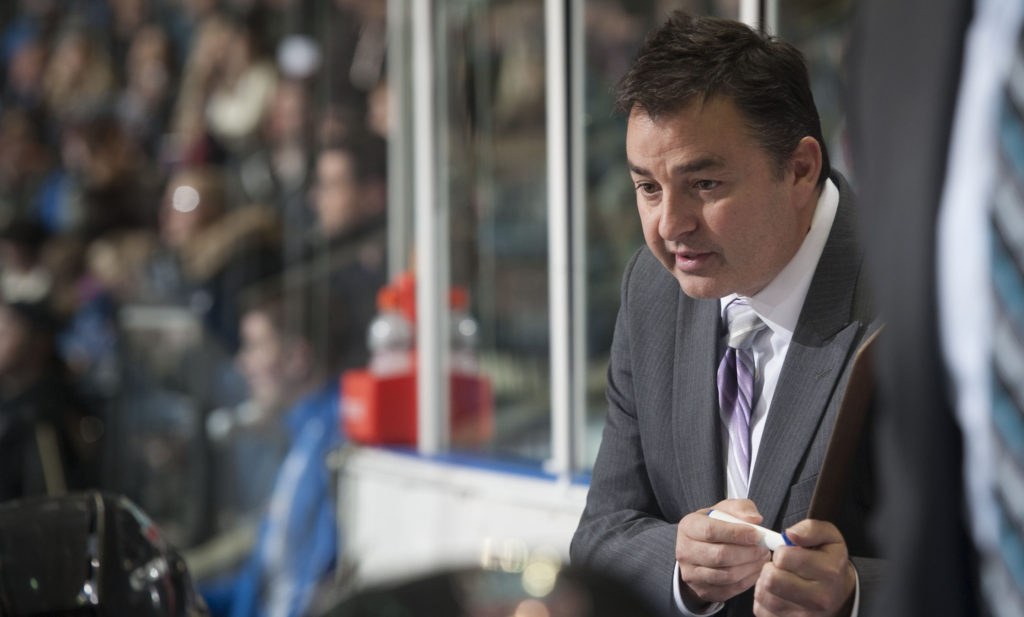 SPOKANE, Wash. – The Spokane Chiefs announced on Monday that Dan Lambert will become the 12th full-time head coach in the organization’s history. Lambert was previously the head coach of the Rochester Americans (AHL) and Kelowna Rockets (WHL), including a WHL Championship with the Rockets in 2015. He will be officially introduced at a public press conference at Spokane Arena on Tuesday afternoon.

“I am absolutely thrilled for the opportunity to work for this organization, the Brett family and Scott Carter,” Lambert said. “I’m looking forward to meeting the players and working with the young talent on our squad. We’re going to grow and improve together, and I’m excited to get started.”

“First and foremost, we are extremely excited to bring a person of Dan’s caliber into our organization,” Chiefs’ General Manager Scott Carter added. “He fits well with our organization’s philosophy of bringing in good character people with a family first mentality.”

“As a coach, he checks all the boxes,” Carter continued. “We went through a very thorough, patient search process and got the best coach available. Dan is the perfect fit for our group to take them to the next level.”

Lambert, 47, boasts eight years of coaching experience which began in 2009 as an assistant with the eventual WHL Champion Rockets. He took over as head coach prior to the 2014-15 season and led Kelowna to 53-13-0-6 regular season record before a dominant playoff run, losing only three games en route to securing the Ed Chynoweth Cup. He was hired as an assistant with the NHL’s Buffalo Sabres for the 2015-16 season before becoming the head coach for the Sabres’ AHL affiliate Rochester Americans last season, earning a 32-41-0-3 record.

As a player, Lambert was a sixth round pick (106th overall) in the 1989 NHL Entry Draft by the Quebec Nordiques and began his 19-year professional playing career in 1990. He appeared in 29 games with the Nordiques before extended stints in the AHL and IHL and a 10-year career in the German DEL, including five seasons as captain of the Hanover Scorpions. Prior to going pro, he played 244 games over four seasons (1986-90) with the Swift Current Broncos (WHL), racking up 319 points (75 goals, 244 assists) while winning the 1989 WHL Championship, Memorial Cup and individual recognition as MVP of the Memorial Cup tournament. Lambert also won the WHL’s Bill Hunter Memorial Trophy as the league’s top defenseman that season.

“We couldn’t be happier to welcome Dan to our family,” Chiefs’ managing partner Bobby Brett said. “His hockey résumé stands for itself and he fits our organizational culture in all aspects. It has become very clear throughout this process that Dan is the right man for the job.”

Tuesday’s introductory press conference will take place at 2 p.m. outside the Chiefs’ Ticket Office on the southeast corner of the Spokane Arena. Guests will include former, current and future Chiefs players, including 2017 WHL Bantam Draft first round pick Jack Finley. The public is invited to attend.

Ticket packages for the Spokane Chiefs’ 2017-18 season are on sale now with options as low as $70! For more information or to purchase, visit the Chiefs’ Ticket Office at Spokane Arena, call 509-535-PUCK or click here.