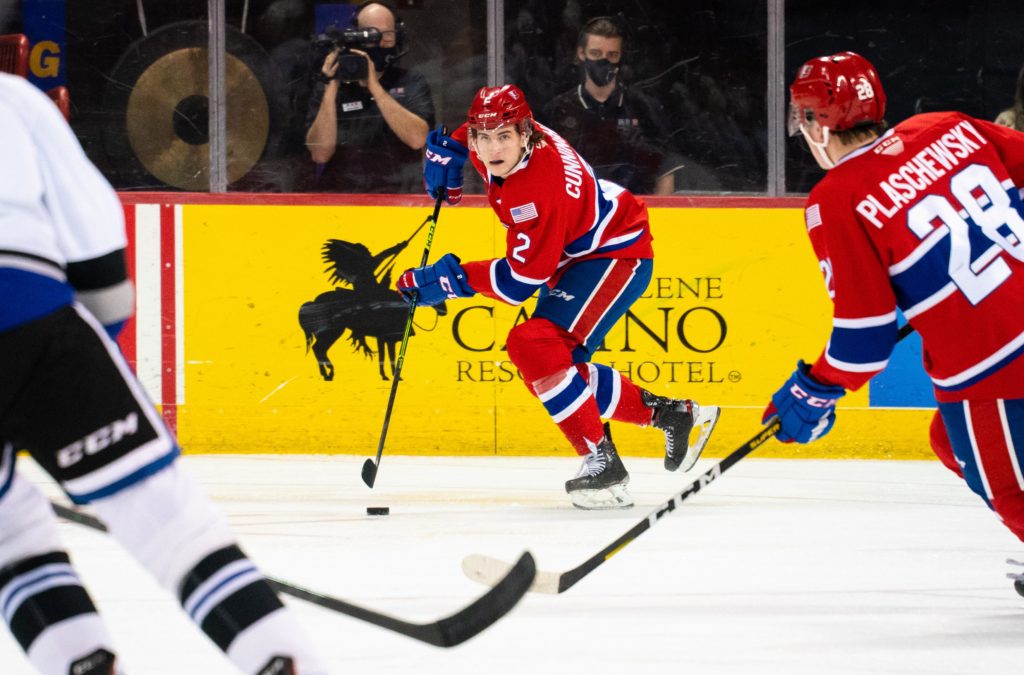 Spokane, Wash. — The Spokane Chiefs have traded defenseman Logan Cunningham to the Red Deer Rebels in exchange for a conditional seventh-round pick in the 2023 WHL Prospects Draft.

“It’s always tough to have a veteran player move on, but we feel this will be a good opportunity for Logan in Red Deer,” Spokane Chiefs General Manager Matt Bardsley said. “We appreciate all he has done for the Spokane Chiefs organization and we wish him all the best going forward.”

Cunningham, a 2004-born blueliner from Yellowknife, NWT, has scored one goal and seven assists in 65 games with the Chiefs. He was originally the Chiefs’ third-round (59th overall) in the 2019 WHL Prospects Draft.