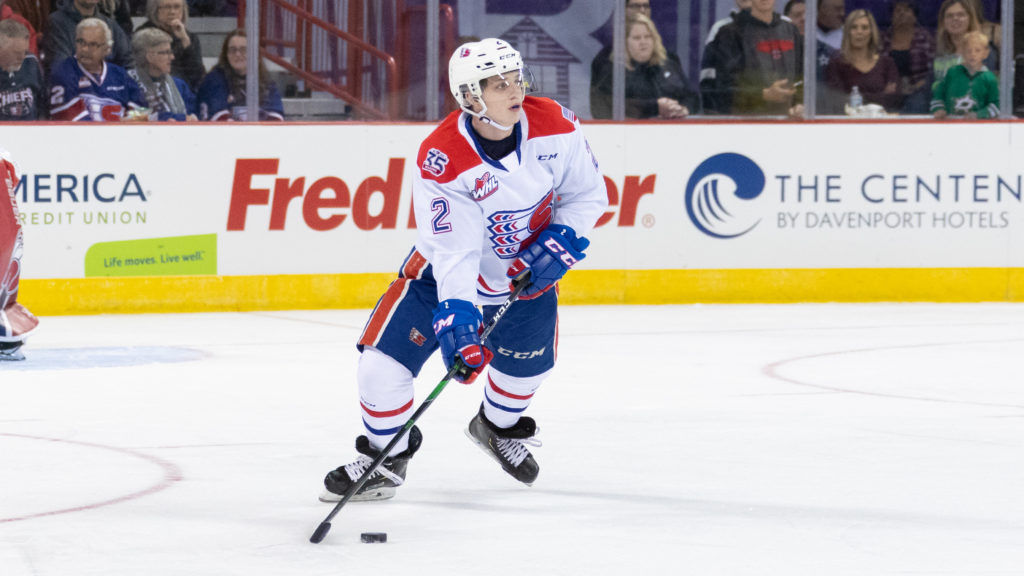 Spokane, Wash. — The Spokane Chiefs announced on Tuesday that defenseman Luke Gallagher has been released from the club’s active roster and reassigned. Gallagher will remain on the Chiefs’ protected list and is expected to join the BCHL’s Wenatchee Wild.

Gallagher, 19, appeared in three games with the Chiefs this season. He played 22 games last year, recording two assists, before being reassigned to the BCHL’s Trail Smoke Eaters. The Spokane native then rejoined the team for the 2019 WHL Playoffs. Making his first appearance with the Chiefs in 2016, Gallagher has played 68 career games, scoring one goal and six assists.

The roster move puts the Chiefs at 24 active players, including 14 forwards, eight defensemen and two goalies.

The Chiefs host Prince George and Victoria this weekend on Friday and Saturday, respectively.