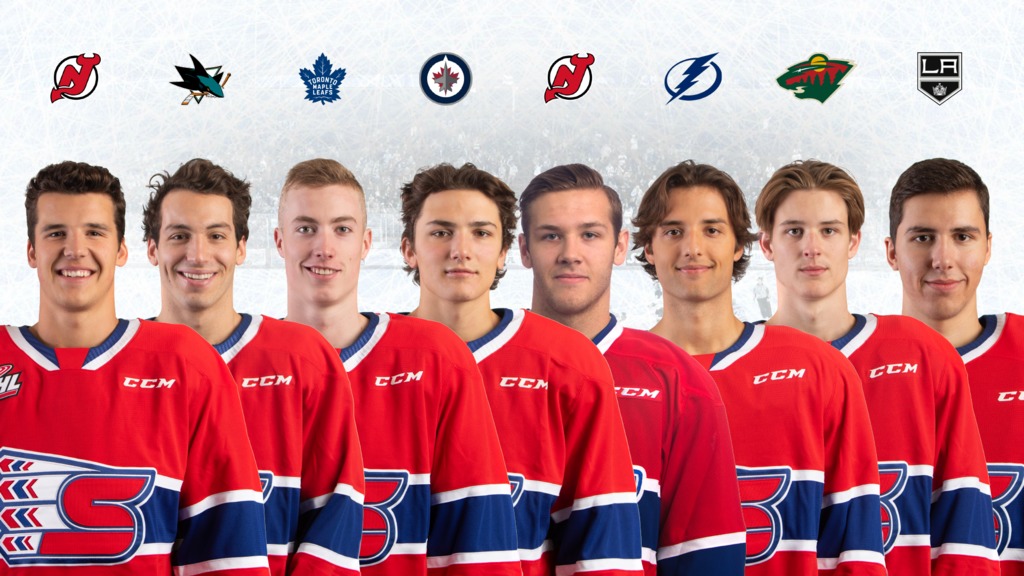 Spokane, Wash. — The Spokane Chiefs’ roster will be thin as they continue their 2019 preseason schedule this weekend with eight players at NHL camps or rookie tournaments.

Five Chiefs will be headed to camp with the team that drafted them in the NHL Entry Draft:

Three more have been invited to participate in rookie tournaments with the chance to move on to the team’s main training camp:

Not included in the count is forward Jaret Anderson-Dolan, who is eligible but not expected to return to the WHL this season. The Chiefs’ co-captain last season, Anderson-Dolan will attend camp with the Los Angeles Kings, who selected him in the second round of the 2018 NHL draft. Riley Woods, who led the Chiefs in scoring last season and aged out of the WHL, will attend the Toronto Maple Leafs’ camp after signing an AHL contract with the affiliated Toronto Marlies.

All eight Chiefs will be out of the lineup this weekend as they take on the Portland Winterhawks (Friday at 3 p.m.) and Tri-City Americans (Saturday at 7:05 p.m.) in Kennewick, Wash. The Chiefs will close out their 2019 preseason on Sept. 14 at Tri-City.