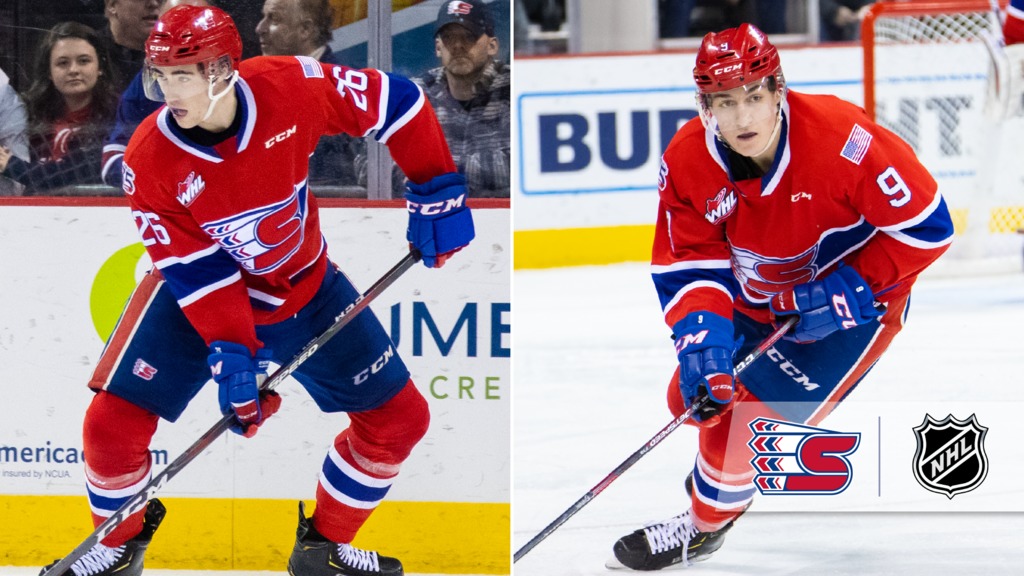 Spokane Chiefs Jack Finley and Bear Hughes were listed in the NHL Central Scouting Service’s 2020 Midterm Rankings, as announced by the service on Monday. Finley ranks 46th among North American skaters after holding a “B” grade in the preliminary rankings released earlier this season. Hughes comes in at 80th after earning a “C” grade in the November rankings. The list serves as insight ahead of the 2020 NHL Entry Draft, scheduled for June 26-27 in Montreal, Quebec.

Finley has become a top faceoff man for the Chiefs, with his 473 wins this season ranks sixth in the WHL. At +22, he’s tied with Eli Zummack for third among Chiefs in plus/minus while his 36 points (10G-26A) also rank third on the team. He has been on a tear as of late, posting points in seven of his last eight games played, including goals in three of four.

A Kelowna, B.C. native, the 6-foot-5 power forward was selected by the Chiefs in the first round (sixth overall) of the 2017 WHL Bantam Draft. He will participate in the 2020 Kubota CHL/NHL Top Prospects Game on Jan. 16 in Hamilton, Ont.

Hughes has had a breakout 18-year-old rookie campaign, surprising many with his all-around game and offensive instincts. He ranks among top WHL freshmen in points (32; t-4th), goals (13; t-7th), and assists (19; 3rd). The Post Falls, Idaho native earned WHL Rookie of the Month honors for November after tallying 12 points in 12 games and has racked up eight multi-point games this season, highlighted by a three-assist showing on Dec. 14 at Seattle.

Hughes went unselected in the bantam draft and was listed by Spokane in 2018. He debuted with the Chiefs at the end of the 2018-19 season as a 17-year-old, appearing in the team’s final two regular season games and three postseason contests.

The Chiefs return to Spokane Arena on Tuesday, Jan. 14 to face the B.C. Division-leading Kamloops Blazers for another TicketsWest Player Magnet Giveaway. The first 1,000 fans through the gates will receive a Spokane Chiefs refrigerator magnet courtesy of TicketsWest.

Tickets for Tuesday and all Chiefs home games are available online at spokanechiefs.com and via the Chiefs’ Ticket Office, over the phone at 509-535-PUCK and in-person at Spokane Arena.