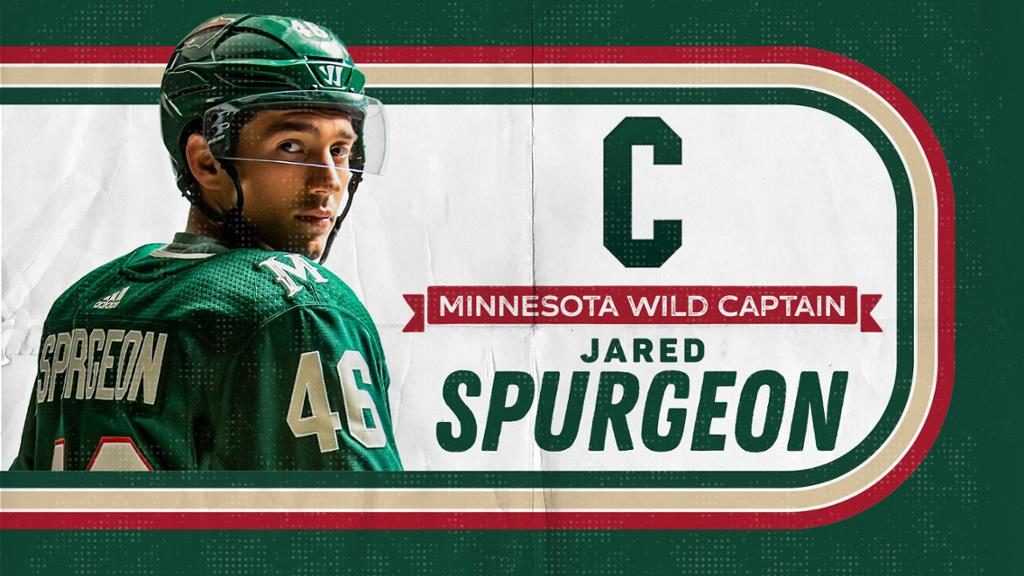 Former Spokane Chiefs defenseman Jared Spurgeon has been named captain of the Minnesota Wild, as announced by the Wild on Sunday.

As a professional, Spurgeon was drafted by the New York Islanders in 2008 (6th round) but didn’t sign. Following his junior career, he signed as a free agent with Minnesota and split time in 2010-11 between the Houston Aeros (AHL) and Wild. He has been a mainstay on the Minnesota blue line since, playing 653 games over 11 seasons and scoring 280 points (82G-198A).

He owns 21 points (8G-13A) in 48 NHL playoff contests and ranks first in Minnesota franchise history in goals, scoring, PPG, PPP (10) and blocked shots, t-1st in games played and second in assists amongst team defensemen in the Stanley Cup Playoffs.

Minnesota signed Spurgeon to a seven-year extension in Sept. 2019. He is signed through the 2026-27 season.