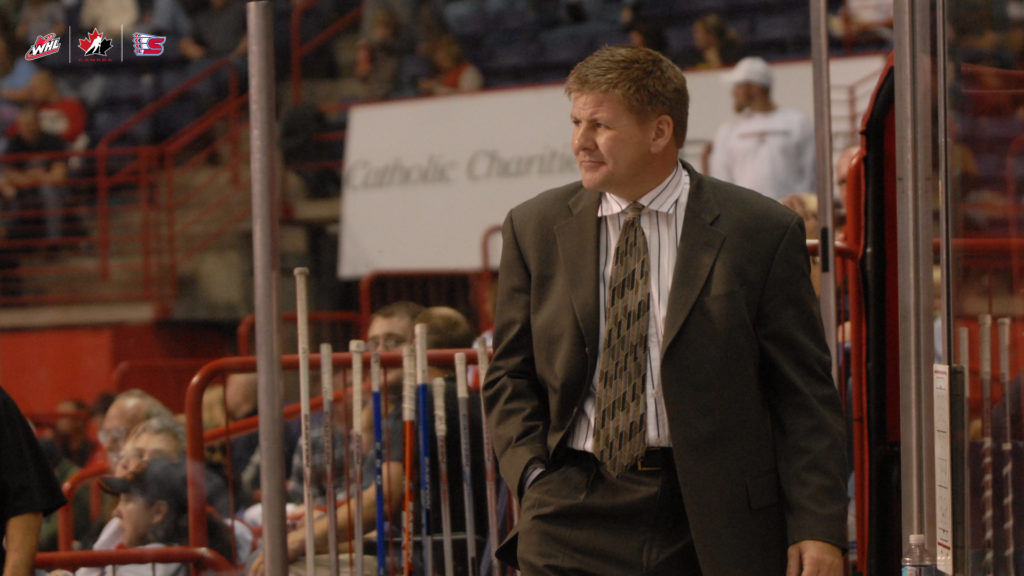 Another member of the WHL’s coaching ranks has been entrusted by Hockey Canada to guide their pursuit of international gold once again.

Former Spokane Chiefs head coach Bill Peters has been tasked with getting Canada to the top of the podium this spring at the 2018 IIHF World Championship as the team’s head coach. Joining Peters on the bench are assistants Mike Yeo and Bob Boughner. Peters presently serves as the head coach of the Carolina Hurricanes in the National Hockey League.

The tournament is scheduled for May 4-20 in Copenhagen and Herning, Denmark.

A product of Three Hills, Alta., Peters’ coaching career began as an assistant with the Chiefs in the 1996-97 season and continued until the 2001-02 season. After spending a season in the Canada West ranks with the University of Lethbridge Pronghorns, Peters returned to the Chiefs organization, this time as their head coach.

The crowning moment would come in his third and final season with the club though as he guided the club to a 50-15-1-6 record, good enough for 107 points and second place in the U.S. Division. The Chiefs proceeded to go on a strong run in the 2008 WHL Playoffs, posting a 16-5 record and outscoring their opponents 61-32 in the 21 games. At the 2008 Mastercard Memorial Cup, the team went undefeated, winning the final 4-1 against the Kitchener Rangers. It was the second time in the team’s history they had captured both the Ed Chynoweth Cup and Mastercard Memorial Cup in the same season, doing so in the 1990-91 season as well.

“Canada has always managed to bring together elite-level coaches and players and we’re again fortunate to be led by an experienced coaching staff for this year’s world championship,” said Burke. “This is an exciting event and we look forward to representing Canada on the international stage with the goal of bringing home a gold medal next month,” added Brodeur.

Canada opens the 2018 IIHF World Championship on Friday, May 4 against the United States in Herning, Denmark. Preliminary-round games wrap up on May 15 and during that time, Canada will also face off against the host Danes, Finland, Germany, South Korea, Latvia and Norway. The bronze- and gold-medal games will take place on Sunday, May 20.

Since 1931, Canada has won the world championship 20 times – not counting the years when the Olympic Winter Games gold medallist was also considered world champion. Canada has also collected 12 silver and six bronze medals in that timespan.

#NEWS | Bill Peters will lead Canada at the 2018 IIHF World Championship, joined on the bench by Bob Boughner and Mike Yeo. #IIHFWorldshttps://t.co/r6wSydJdRR pic.twitter.com/AlRmTs9CM4