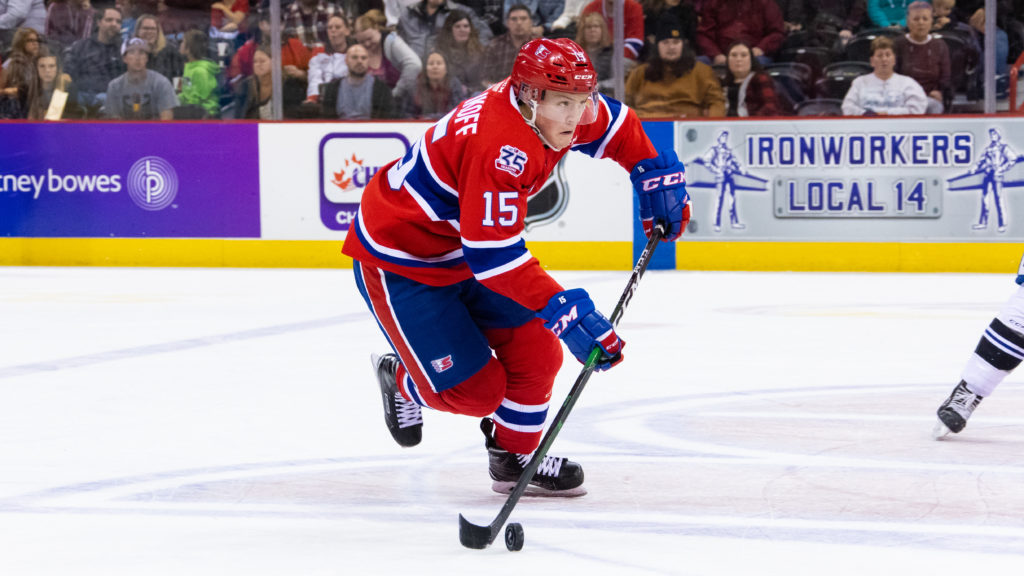 Spokane, Wash. — The Spokane Chiefs announced on Thursday that forward Blake Swetlikoff has been reassigned. He is expected to join the Regina Pat Canadians of the Saskatchewan Midget AAA Hockey League (SMAAAHL) and will remain on the Chiefs’ protected list.

“This is one of those situations where we want Blake to play more minutes and in more situations,” said general manager Scott Carter. “He is a promising young player and we are excited about his future. We wish him the best in Regina this season and look forward to seeing him back in Spokane.”

Swetlikoff, a 2003-born forward originally from Regina, appeared in 11 games with the Chiefs this season, recording two assists. He played the 2018-19 season with the Pat C’s, scoring 10 goals and 19 assists for 29 points in 40 games. He was the Chiefs’ third-round (61st overall) in the 2018 WHL Bantam Draft.

The Chiefs have experienced success in a similar path for player development recently. Forward Adam Beckman played the 2017-18 season with the Battlefords Stars of the SMAAAHL before returning to Spokane last year and posting a team-high 32 goals on his way to the team’s Rookie of the Year honors. Beckman went on to be selected in the third round of the 2019 NHL Entry Draft by Minnesota.

The Chiefs hit the road for three games this weekend beginning with a Friday night contest in Portland. Mike Boyle will have the radio call on 94.1 FM The Bear beginning with the pre-game show at 6:30 p.m.