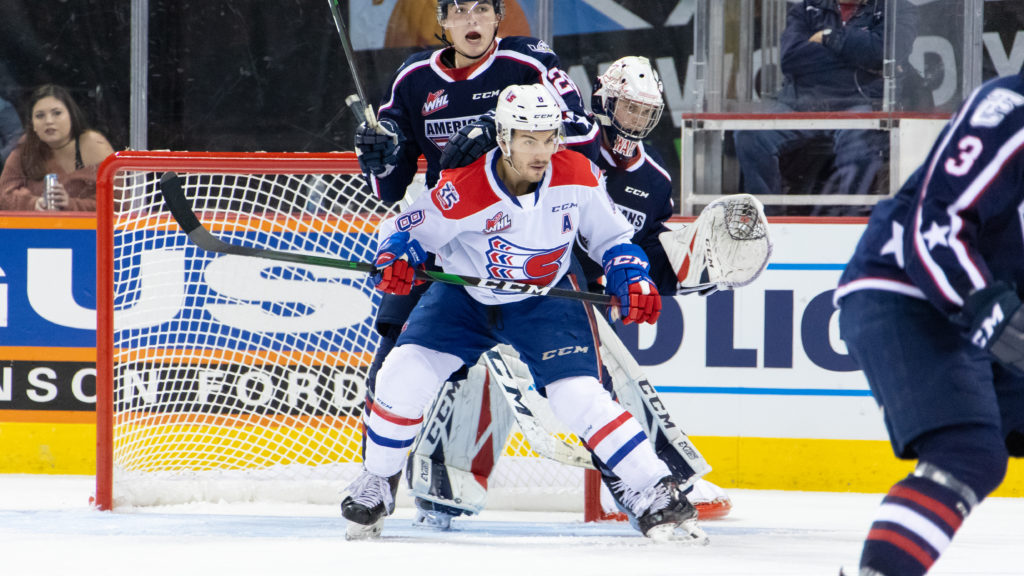 Spokane, Wash. – The Spokane Chiefs announced on Saturday that 1999-born forward Jake McGrew has been removed from the club’s active roster and added to the long-term injured reserve list.

“We are happy to hear that the operation on Jake’s knee was successful,” said Chiefs general manager Scott Carter. “We wish him the best in his recovery and have great confidence that he will work his way back stronger than ever.”

McGrew underwent surgery in San Jose, Calif. last week after suffering an injury versus Everett on October 6. He was selected in the sixth round of the 2017 NHL Entry Draft by the San Jose Sharks.

The Orange County native had five goals and three assists in six games this season prior to the injury. In 132 career regular season games, he has scored 55 goals and 45 assists for 100 points, adding 13 points (4G-9A) in 21 postseason contests. He is out indefinitely.

McGrew is expected to undergo the rehabilitation process in Spokane and remain involved with the team.

“Jake is a tremendous leader and role model, especially for our younger players,” continued Carter. “He represents the very best of what it means to be a Chief and we are thrilled to have him stay involved with the team while he works through his recovery.”

The long-term injured reserve list requires a minimum of one month of inactivity. While on the list, players do not count toward the club’s active roster or overage player limits. The designation puts Spokane at two 1999-born overage players; the WHL maximum is three.

The Chiefs’ next game is Saturday, November 2 versus the Prince George Cougars at the Spokane Arena. It will be The first Coca-Cola Family Feast Night of the season with fans able to purchase a variety of concessions at discounted prices all night long!

Tickets to Saturday’s game and all Chiefs home games are available online in addition to in-person at the Chiefs Ticket Office and over the phone at 509-535-PUCK during normal business hours (Monday-Friday, 9 a.m. – 5 p.m.).