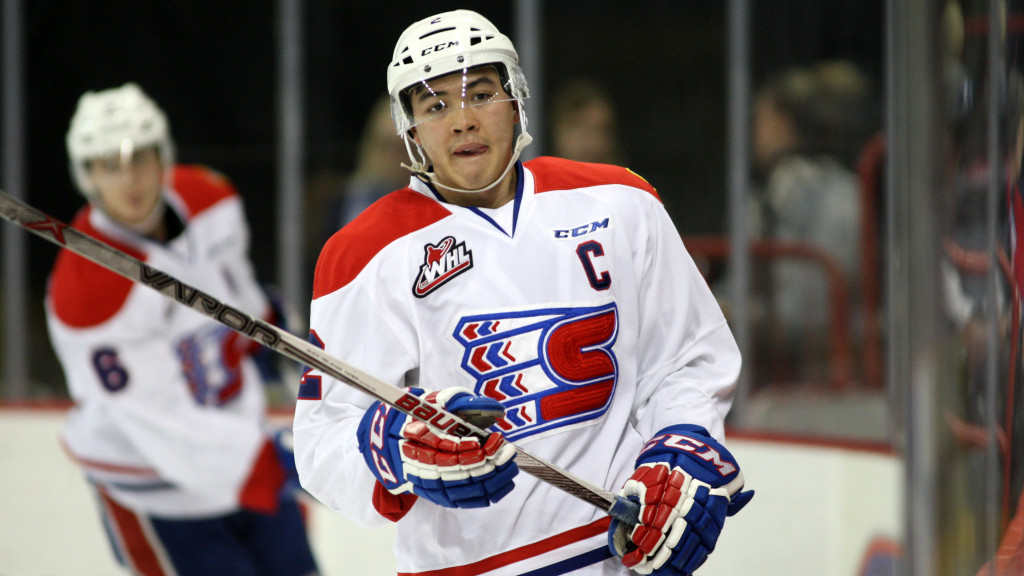 Fram, a 20-year-old from South Delta, B.C., finished the season with 12 goals and 34 assists for 46 points and a +5 rating in 55 games played. He led the Chiefs with 19 power play assists and set a career high in goals scored with 12. He was named the team’s Player of the Year and John “Hitman” Hern Defenseman of the Year in a pre-game ceremony before the final home game of the regular season on March 12.

Over his five year WHL career, Fram played 308 games – all with the Chiefs – putting him 10th in franchise history. He scored 187 career points, including 32 goals, highlighted by a 62-point effort during the 2014-15 season. In addition to his two team awards this year, Fram earned the Defenseman of the Year award last season (2014-15) and the Scholastic Player of the Year award following the 2012-13 campaign.

The WHL Western and Eastern Conference All-Star Teams are as follows: