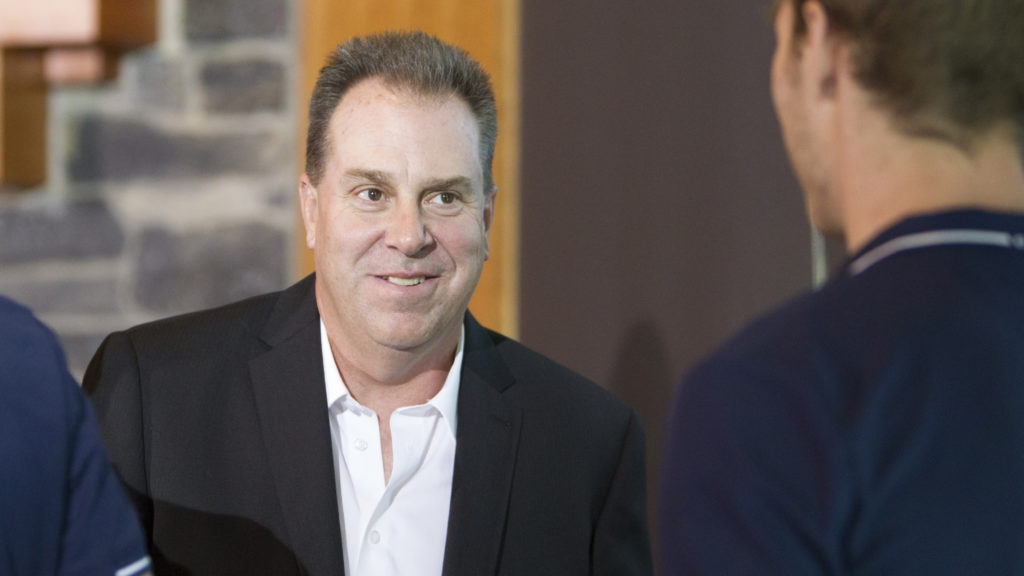 Spokane, Wash. — The Spokane Chiefs announced on Monday that General Manager Scott Carter has signed an extension and is now under contract through the 2020-21 season.

“I’m very excited and honored to continue my tenure as general manager,” said Carter. “I look forward to continuing to work hard to bring our organization success on the ice.”

Carter originally joined the club as general manager in 2016, replacing the departing Tim Speltz, who is now the Head Amateur Scout for the Toronto Maple Leafs. Prior to his move to Spokane, Carter served as a professional and amateur scout for three National Hockey League franchises, including the Maple Leafs, Vancouver Canucks and Anaheim Ducks.

He was also part of a new ownership group for the Penticton Vees of the BCHL in 2004, serving as President and General Manager of the club as it turned into a Junior “A” powerhouse in the late 2000s. Carter also helped co-found the British Columbia Hockey Hall of Fame and is a part owner of Vaughn Custom Sports.

“Scott has done an excellent job for our organization and his extension is well-deserved,” said Chiefs’ managing partner Bobby Brett. “We are very excited to have him here in Spokane for another two years.”

Elsewhere in the Chiefs’ front office, Mark Miles has been promoted to President. Miles, who has been with the organization since 1994, was previously the team’s Vice President of Business Operations & Sales.

[Correction: This post originally listed Carter’s contract as running through the 2021-22 season. This has been corrected above.]

The Chiefs hit the road for a four-game road trip beginning Tuesday night at Prince George. Mike Boyle will have the radio call on 103.5 FM The Game beginning with the pre-game show at 6:30 p.m. with puck drop at 7 p.m.

The team returns to Spokane Arena on Tuesday, March 5 to take on the Everett Silvertips for another TicketsWest Player Magnet Giveaway Night. The first 1000 fans through the gates and all full season ticket holders will receive a refrigerator magnet featuring a Chiefs player.