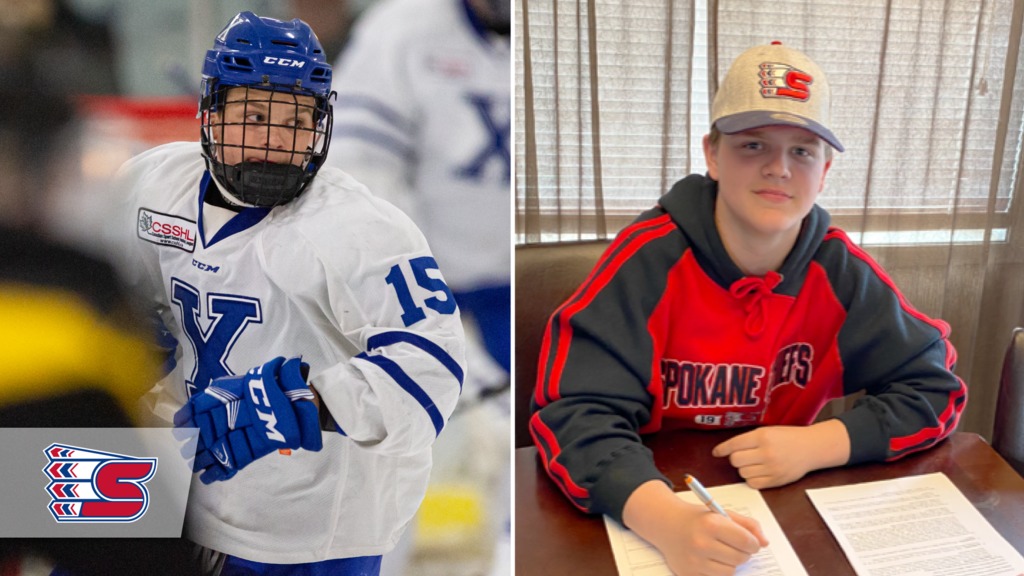 “It’s an honor to be a part of such a great organization,” said Gizowski. “I can’t wait to see what the future holds.”

Gizowski led the Northern Alberta Xtreme (NAX) with 51 points (27G-24A) in 29 games last season. He finished tied for sixth in the CSSHL in goals scored, tallying two hat tricks and six multi-goal games. He had more games with three or more points (6) than games with zero points (4).

The 5-foot-9 forward earned praise from scouts for his excellent shot and offensive sense. “He’s a highly intelligent offensive player,” said Chiefs assistant general manager Jim Hammett after the draft. “One of the best shots available in the draft. Plays with pace, sense and smarts. Very tenacious.”

“It’s great to get both of our top picks signed and ready to go headed into camp later this year,” said general manager Scott Carter. “We’d like to officially welcome the Gizowski family to the Chiefs organization. We look forward to seeing Kooper in a Chiefs sweater.”

Gizowski will be eligible to play for the Chiefs full-time beginning in the 2021-22 season.