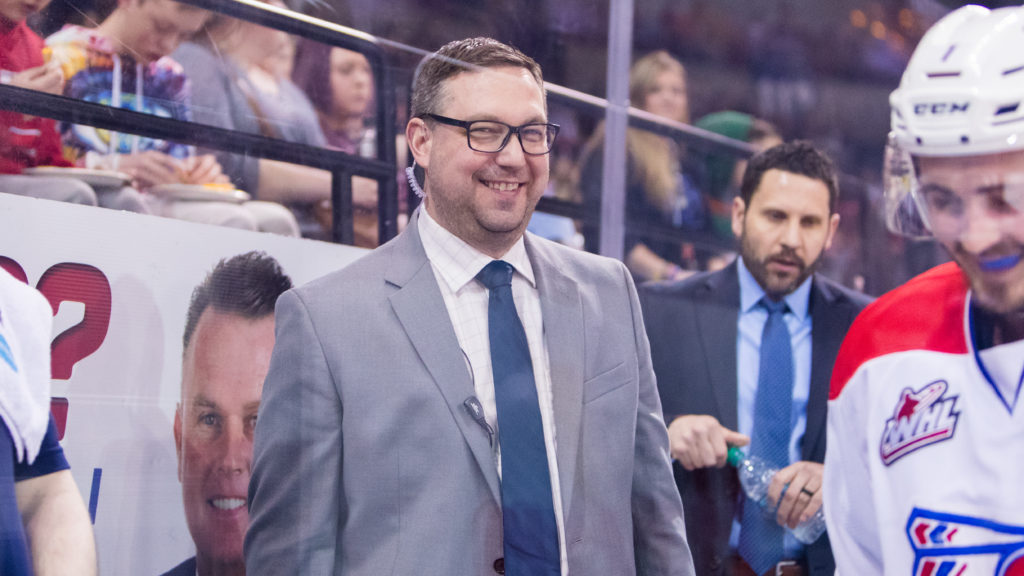 Spokane, Wash. — The Spokane Chiefs announced on Monday that goaltending coach Ryan Cyr has joined the Below 50 Sports + Entertainment, Inc. ownership group in Winnipeg and will not return to Spokane for the 2019-20 season.

“I would like to thank the entire Spokane Chiefs organization and city of Spokane for being so welcoming,” said Cyr. “It was an honor to be a part of such a great culture and atmosphere for the past eight years. The Chiefs’ ownership, management and front office staff made it an absolute pleasure to travel to Spokane and be at the arena.

“I would also like to thank all the Spokane goaltenders for their hard work and dedication. I look forward to following your continued successes both on and off the ice.”

Cyr, who played five seasons in the WHL from 2000-05, joined the Chiefs’ coaching staff in 2011. Living with his family in Winnipeg, he visited monthly to hold individual coaching sessions and consultations with Spokane netminders.

“We are thrilled for Ryan and the new opportunities ahead of him,” said general manager Scott Carter. “He was a respected member of our staff and will be missed in Spokane. We wish him the very best as his business in Winnipeg continues to grow.”