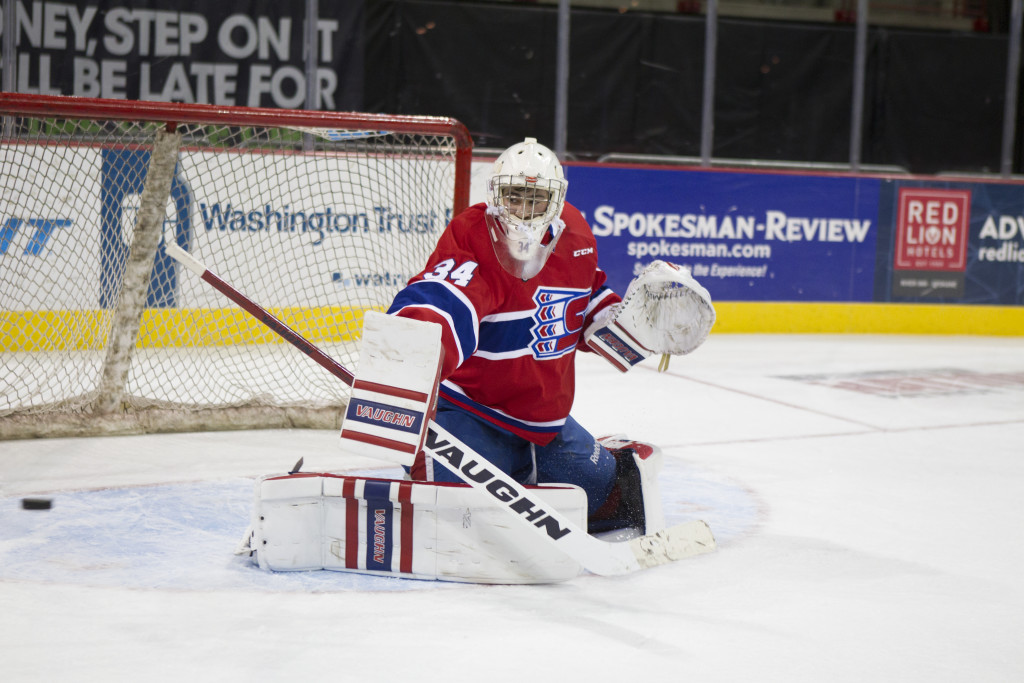 SPOKANE, Wash. – The Spokane Chiefs announced today that they have reassigned goaltender Matt Berlin to the Drayton Valley Thunder of the Alberta Junior Hockey League.

“We believe Matt Berlin will be a part of the Spokane Chiefs team next season, but feel at this time it is best for him to be reassigned to Junior-A in Drayton Valley,” Chiefs’ General Manager Tim Speltz said. “Matt will have a greater opportunity to play and contribute at the Junior-A level this year.

“Goaltender development can sometimes take a little longer. We think Matt has the make-up it takes to be a Western Hockey League starter with the Chiefs in the future.”

Berlin, a 17-year-old rookie from Edmonton, Alberta, appeared in six games this season, posting a 4.38 goals against average and .851 save percentage.

The roster move leaves the Chiefs with two goalies in Tyson Verhelst and Lasse Petersen.

The Chiefs play back-to-back home games this weekend at Spokane Arena. They host the Regina Pats on Saturday at 7:05 p.m. for Viva Las Vegas Trip Giveaway Night presented by Miller Lite. Then, on Sunday at 5:05 p.m., the Everett Silvertips are in town for Special Olympics Night at the Arena.

Tickets for this weekend and all Chiefs home games are available via TicketsWest online at www.ticketwest.com and via the Chiefs’ Ticket Office over the phone at 509-535-PUCK.