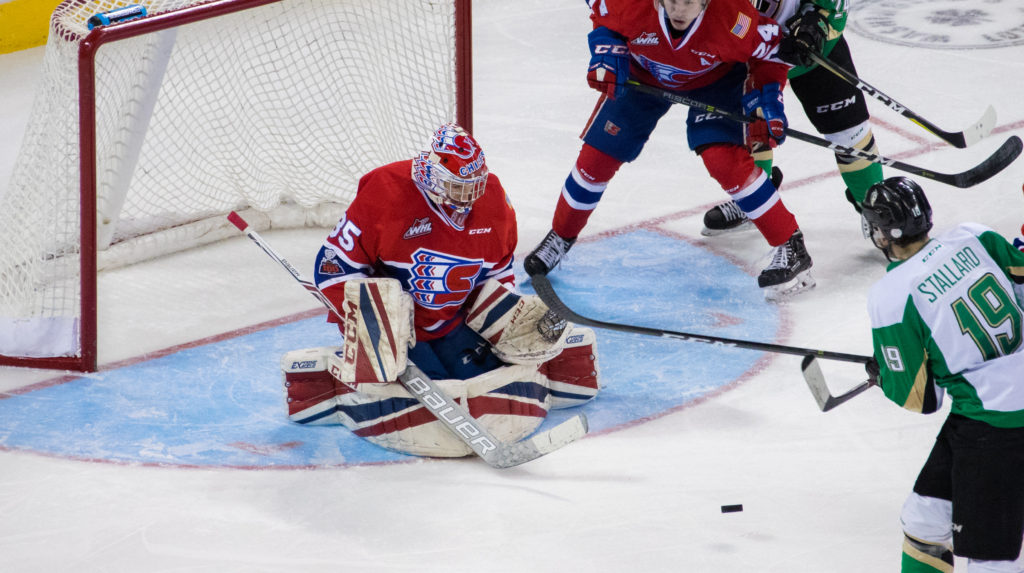 SPOKANE, Wash. — The Spokane Chiefs announced today that they have traded goaltender Donovan Buskey to the Prince Albert Raiders in exchange for a sixth-round pick in the 2020 WHL Bantam Draft.

“Donovan has been an outstanding representative for our organization,” said Chiefs’ general manager Scott Carter. “We had a decision to make with our goalie depth which led to this trade. Donovan will a have good opportunity to compete for minutes in Prince Albert and we wish him nothing but the best moving forward.”