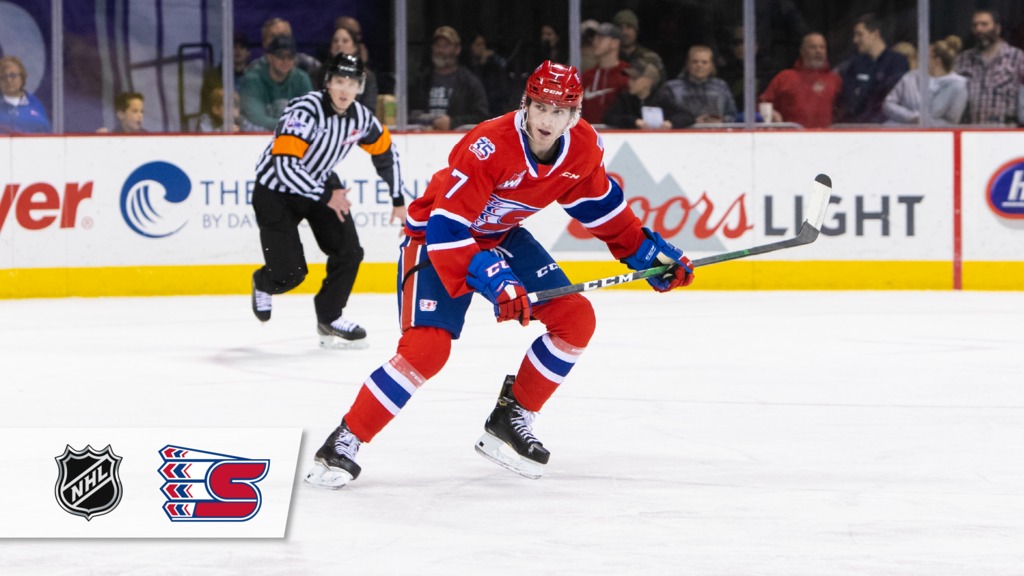 Sward, who was Spokane’s first-round bantam pick in 2018 (17th overall), caught the eye of scouts during his rookie WHL season with 17 points (2G-15A) in 55 games played, including two multi-point efforts. Pushed into a top-four role for parts of the season, the Abbotsford, B.C. native posted a plus-12 rating and 59 shots on goal. He finished strong, picking up six points (1G-5A) and a plus-five rating in the Chiefs’ final 13 games.

With a September 12 birthday — shared by former Chiefs’ star and second-round NHL pick Jaret Anderson-Dolan — Sward will surely be one of the youngest NHL draft prospects, missing the September 15 cutoff date by just three days.

He hopes to continue Spokane’s recent success at the draft, with 10 players selected since 2015, including at least one each year. Forwards Jack Finley (second round; Tampa Bay) and Bear Hughes (fifth round; Washington) heard their names called earlier this month in the 2020 draft.

Sward is one of 36 Western Hockey League players listed in the preliminary rankings, including five with an ‘A’ rating, indicating a potential first-round selection.