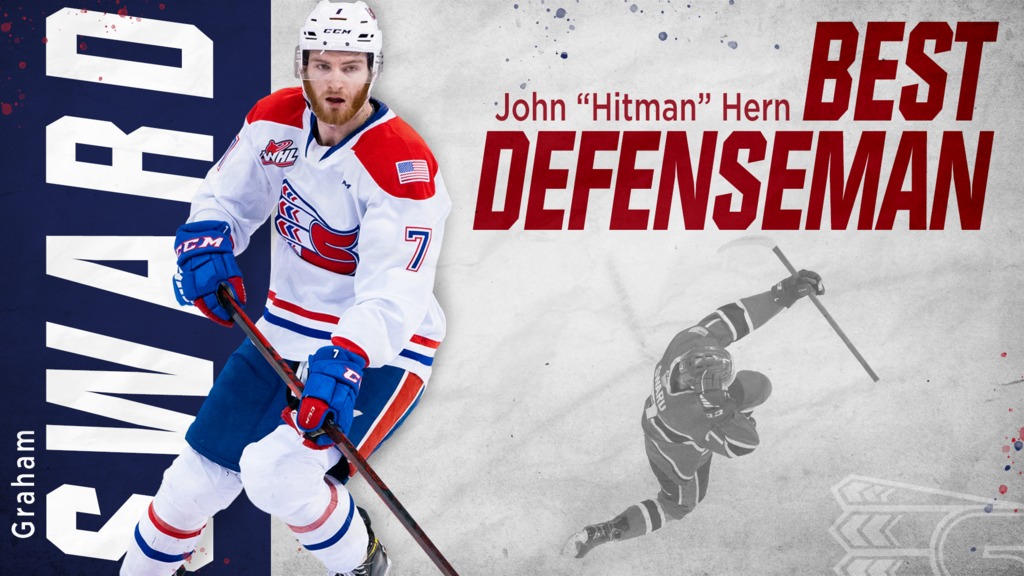 Spokane, Wash. — After leading the Spokane Chiefs blue-liners in goals, assists and points, Graham Sward has been named the organization’s John “Hitman” Hern Defenseman of the Year.

Sward finished his third season as a Chief with a career-high 10 goals, 33 assists and 43 points. Of his 33 assists, which were third-most on the Chiefs, 19 came on the power play and his 24 points on the man-advantage were second only to Bear Hughes’ 31.

The 18-year-old was recently rated 93rd overall in the NHL’s Central Scouting final listing for the top 2022 NHL Draft Prospects, up from 148th in the mid-term rankings.

Sward was also named the Chiefs Humanitarian of the Year.