Graham Sward selected as U.S. Division Humanitarian of the Year 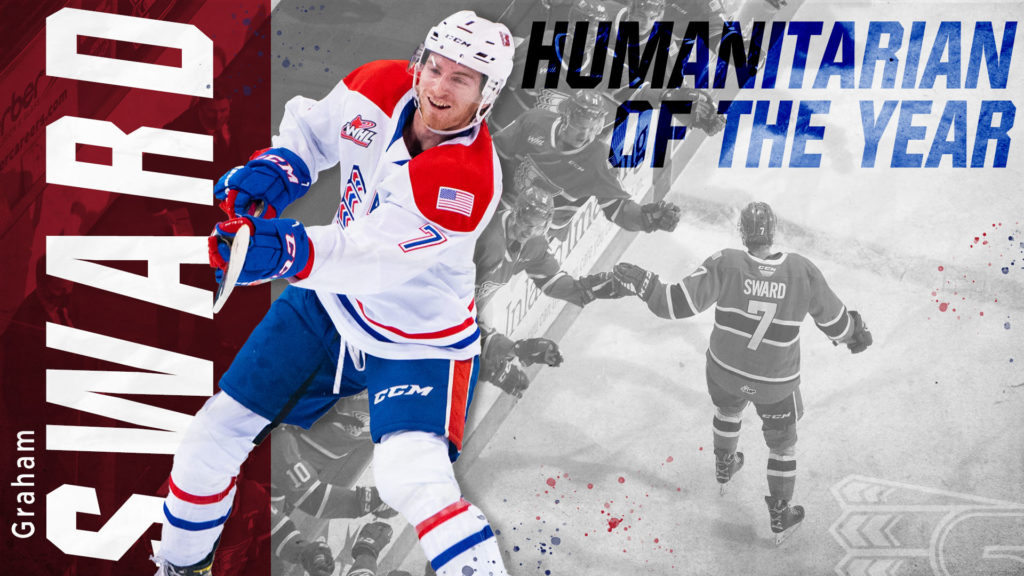 Spokane, Wash. — Graham Sward has been selected as the Spokane Chiefs 2021-22 Humanitarian of the Year and named the U.S. Division’s nominee for the same honor. Sward is one of four finalists, one from each division in the WHL, for the Western Hockey League’s Doug Wickenheiser Memorial Trophy as league Humanitarian of the Year.

The Spokane Chiefs’ Humanitarian of the Year award seeks to recognize the Chief who exemplifies excellence both on and off the ice, and serves as a role model and leader to all.

Sward has been a leader on and off the ice this season for Spokane. Named to the Chiefs’ leadership group at the start of the year, the 18-year-old defenseman has been a stalwart on the blue line leading Spokane defensemen with 10 goals, 33 assists and 43 points in 57 regular season games.

Sward took charitable initiative on two different charitable endeavors this season: his personal Movember campaign and leading a blood drive, with Brandon Wheat King Jake Chiasson, in their hometown over the holiday break. 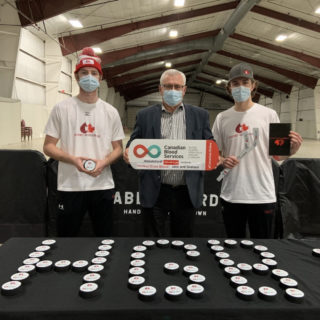 With an initial fundraising goal of $700, the Abbotsford, B.C. native created a Movember campaign, growing a mustache in symbolic support of men’s health screenings and cancer research.

Sward lost his grandfather to cancer earlier this season, encouraging him to get involved in some way. On his Movember campaign page, his stated goal was to “help raise money for all the grandpas, dads, brothers, sons, coaches and teammates affected by men’s cancers,” and he was wildly successful as family, friends and fans poured in with support and helped him raise over $3,000.

The Chiefs’ next home game is Friday, April 29 as they host the Kamloops Blazers in game four of the first round of the 2022 Western Hockey League Playoffs.