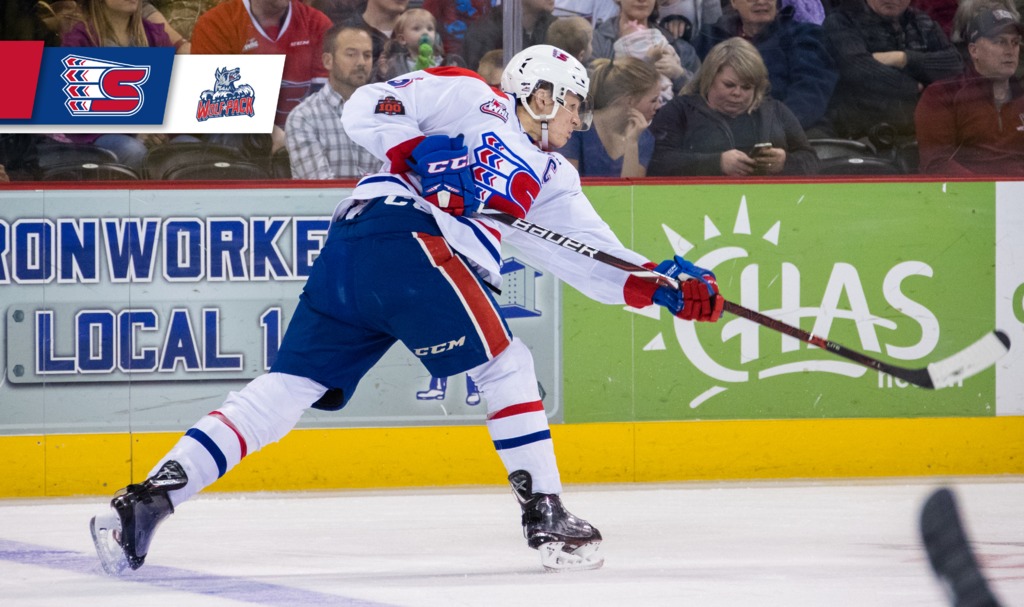 Spokane Chiefs defenseman and two-year team captain Tyson Helgesen has signed an Amateur Tryout (ATO) agreement with the Hartford Wolf Pack, the AHL affiliate of the NHL’s New York Rangers, as announced by the Wolf Pack on April 5.

Helgesen, 20, just completed his overage season with the Chiefs, posting a career-high +19 and tying a career-best 29 points. He added a goal and five assists in seven playoff games.

The Fairview, Alberta native capped a four-year WHL career that included 263 games, good for 26th in franchise history. He appeared in 207 consecutive regular season games to end his career, including all 72 in both of the last two season, during which he served as team captain. He played in 23 career playoff games, scoring 10 points (2G-8A).