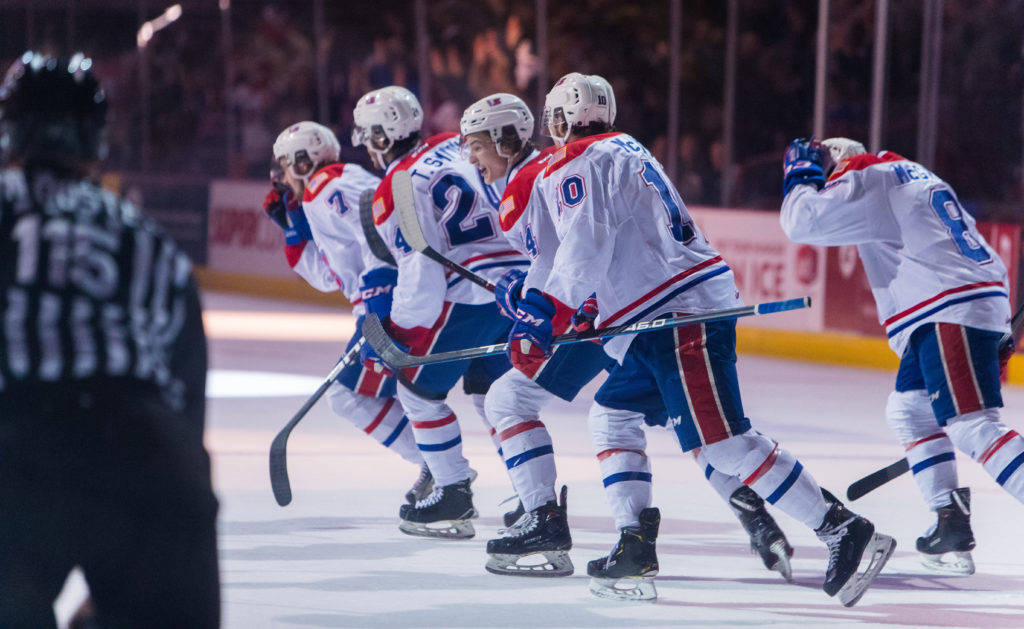 As the Spokane Chiefs open 2019 WHL Western Conference Championship play against the Vancouver Giants this Friday in Langley, B.C., they’ll look to secure the club’s first visit to the WHL Championship since their Memorial Cup-winning season in 2008. Like the ’08 team that went on to win the coveted Ed Chynoweth Cup and eventually the Memorial Cup, the Chiefs’ 2019 playoff run has been fueled by a league-leading power play.

Spokane’s special teams success has been amplified during their current playoff run, which has featured decisive 4-1 series wins over the fourth-seeded Portland Winterhawks and Everett Silvertips, who claimed the second seed in the Western Conference after taking first place in the U.S. Division. The Chiefs have converted 12 of their 25 power play chances through 10 postseason games, good for a mark of 48.0% that is a full 5.5% better than the previous high for a WHL postseason dating back to 1996, when the league’s online record of postseason statistics begins.

The key to Spokane’s success with the man advantage this season? Balance and depth.

While most teams will deploy two different power play units, theoretically getting 10 different skaters into the mix, the Chiefs had 18 different players record points on the power play during the regular season, including power play goals scored by 13. It’s been more of the same in the playoffs as 11 Chiefs skaters have contributed, with New Jersey Devils prospect and ultimate power play quarterback Ty Smith leading the charge with six assists.

Speaking to local media before the team began their road trip to face Vancouver this Friday, Head Coach Dan Lambert explained that a key to their success on the power play this season has been to stay composed. “If we go 0-for-1 and we’re so used to burying our chances, then guys get frustrated,” Lambert said. “I think we just have to make sure we stay on top. Going 0-for-2 and 0-for-3 isn’t the end of the world.

“I mean, we went 2-for-5 and our power play percentage went down. We understand that (the power play) is a train that isn’t going to keep going this way; it’s not reality, but we’ve got to ride it as long as we can.”

The Chiefs will have their work cut out for them with the Giants, who finished the WHL regular season second in the league on the penalty kill, staving off 84.9% of opponent’s power play opportunities. The Vancouver roster also features two top-ranked WHL goaltenders in Trent Miner and David Tendeck, both of whom are among the league leaders in goals against average and shutouts.

The two teams open up the best-of-seven Western Conference Championship series on Friday night at 7:30 p.m. PDT in Langley. Mike Boyle will have the call over the radio and fans can also watch the live stream on WHL Live.

The Chiefs will host Game 3, Game 4 and Game 6 (if necessary) at Spokane Arena on April 23, 24 and 29. Tickets for the Western Conference Championship are available now online, over the phone at 509-535-PUCK and at the Spokane Chiefs’ Ticket Office at Spokane Arena.