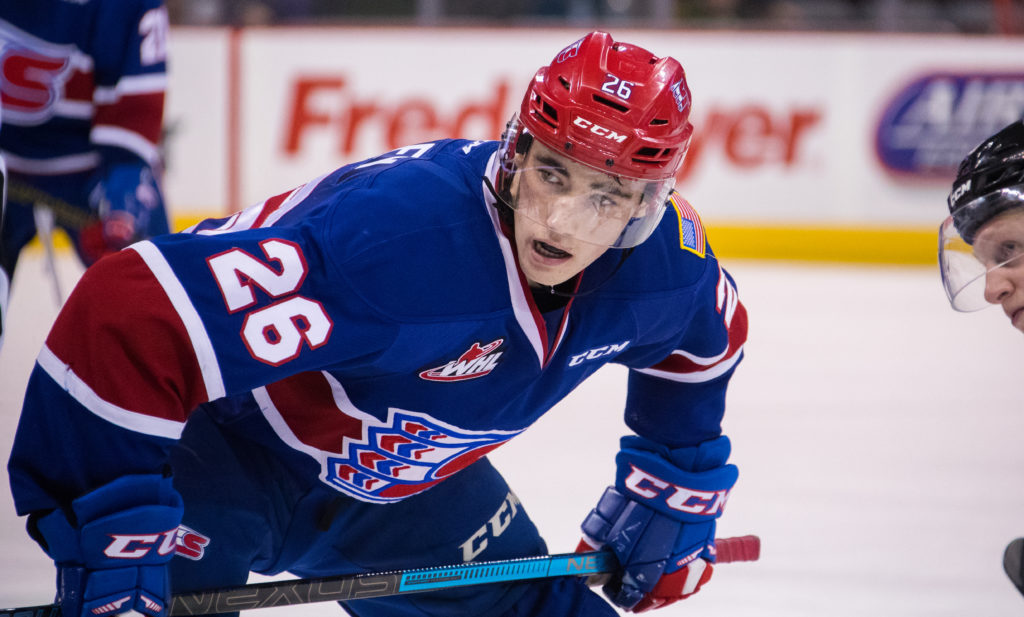 Spokane Chiefs forward Jack Finley has been added to Team Canada for the upcoming 2018 World Under-17 Hockey Challenge, as announced by Hockey Canada on Oct. 16. The tournament will take place from Nov. 3-10 in Saint John and Quispamsis, N.B.

One of 66 players selected, he will be placed on Team Canada Red, White or Black as the Canadians compete against the Czech Republic, Finland, Russia, Sweden and the United States.

“Any time you bring together the best young players in the country there are bound to be difficult decisions when selecting players, and we feel the 66 young men we chose exemplify the core values of the Program of Excellence,” said Brad McEwen, head scout for Hockey Canada in their official announcement. “We believe that these players possess a willingness to learn and grow as they progress through our program and represent Canada, and give us the best chance to compete for a gold medal this November.”

Finley was the Chiefs’ first round (6th overall) pick in the 2017 WHL Bantam Draft out of the Pursuit of Excellence program in Kelowna, B.C. He appeared in seven games as a 15-year-old last season, recording one assist. This year, as a 16-year-old rookie, he has appeared in eight games, scoring his first career WHL goal at Vancouver on Sept. 30.

The towering 6-foot-5 centerman has some experience in high level tournaments, helping Team British Columbia capture gold at the 2017 WHL Cup. He competed with Team Blue at Hockey Canada’s U17 development camp earlier this year.

The Chiefs continue their six-game road trip on Tuesday night at Brandon. Mike Boyle will have the radio call on 1510 KGA, beginning with pre-game at 4:30 p.m. PT and puck drop at 5 p.m. PT.

They return to Spokane Arena on Friday, October 26 when they take on the Portland Winterhawks for Avista “Way to Save” Night & Glow Bracelet Giveaway. The first 5,000 fans in attendance will receive a glow bracelet courtesy of Avista. Tickets are on sale now online via TicketsWest, over the phone at 509-535-PUCK and in-person at the Chiefs’ Ticket Office.