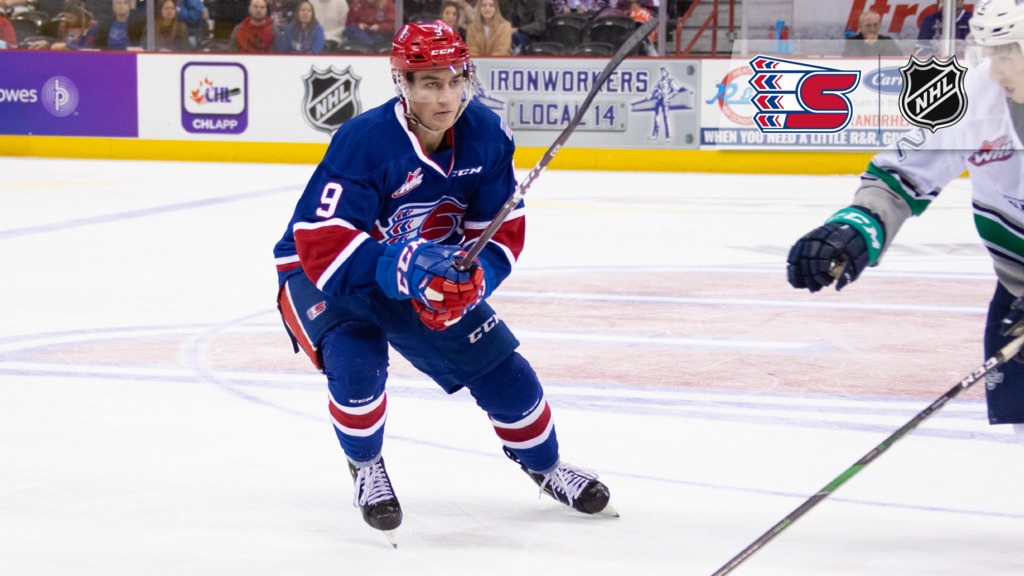 Hughes ranks fifth among all WHL rookies with 14 points through 14 games this season, including seven goals. The 2001-born forward has recorded points in seven of his last eight games (5G-5A) including a six-game point streak (4G-4A) from Oct. 19 to Nov. 3.

Last season with the Spokane Braves of the KIJHL, Hughes posted 41 goals and 25 assists in 46 games, earning league rookie of the year and division MVP honors.

Finley, a second-year forward from Kelowna, B.C., maintains his projected draft position after a strong start to the 2019-20 season. The 6-foot-5 pivot has tallied three goals and 12 assists for 15 points through 17 games, including a goal and eight assists over the last eight contests.

Should either player hear their name called, it will mark the sixth consecutive year in which Spokane has had a player chosen. Forward Adam Beckman was picked by the Minnesota Wild in the third round of the 2019 draft.

(This post has been updated to indicate that these rankings are updated rather than the official “mid-term” rankings, to be announced later this season.)

The Chiefs hit the road for three games this weekend beginning with a Friday night contest in Portland. Mike Boyle will have the radio call on 94.1 FM The Bear beginning with the pre-game show at 6:30 p.m.