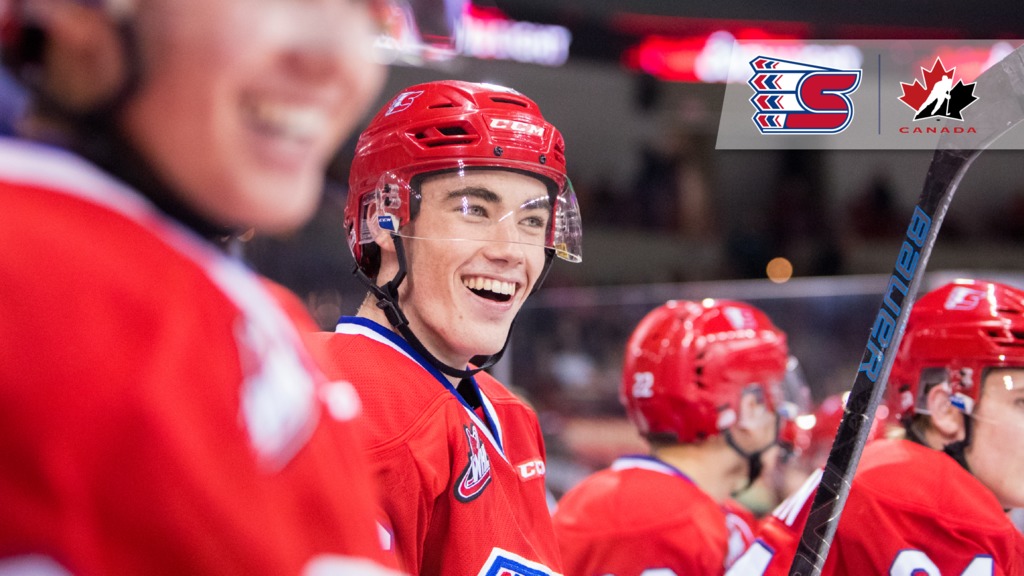 Finley is one of 44 players invited to the camp including 26 forwards. Those invited will compete for a spot on Canada’s roster at the 2019 Hlinka Gretzky Cup in Breclav, Czech Republic and Piestany, Slovakia.

“We are excited to bring together a group of 44 athletes with a solid foundation of junior and international experience for selection camp. The under-18 camp is unlike any other, as players are being evaluated from the moment they arrive at camp and are preparing to compete in short-term competition,” said Shawn Bullock, director of men’s national teams for Hockey Canada.

“Historically, Canada has been successful at the Hlinka Gretzky Cup, and we know all 44 players will come to camp ready to compete for a spot on the team and the opportunity to wear the Maple Leaf in international competition.”