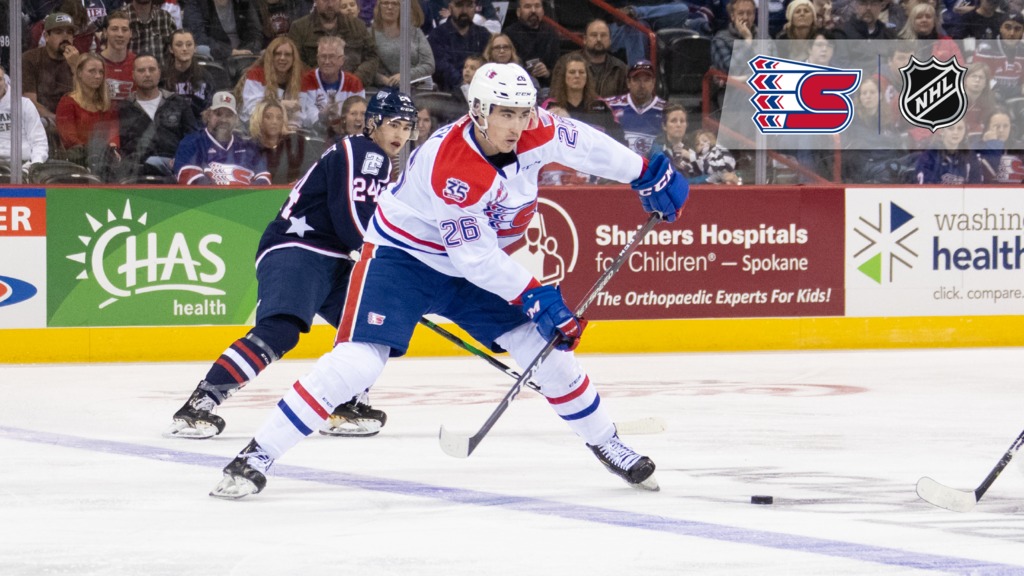 Spokane Chiefs forward Jack Finley is listed as a “B” prospect in the NHL Central Scouting 2019-20 preliminary “Players to Watch” rankings, as announced by the NHL on Monday. The rating corresponds to a projected second- or third-round pick in the 2020 NHL Entry Draft.

Finley, a 6-foot-5 forward from Kelowna, B.C., was the Chiefs’ first-round bantam pick in 2017 (6th overall). In 76 career WHL regular season games, the towering center has 11 goals and 14 assists for 25 points, including five points (2G-3A) through six games this season. He made a big impact for the Chiefs during the 2019 playoffs, picking up eight points (1G-7A) in 15 games.

The players to watch list is Central Scouting’s compilation of top prospects from all the major development leagues throughout North America and Europe. The list is updated throughout the season while scouts travel to evaluate the players live.

Finley hopes to make it six-straight years in which the Chiefs have had a player selected in the NHL draft. Forward Adam Beckman was picked in the third round this past summer by Minnesota.