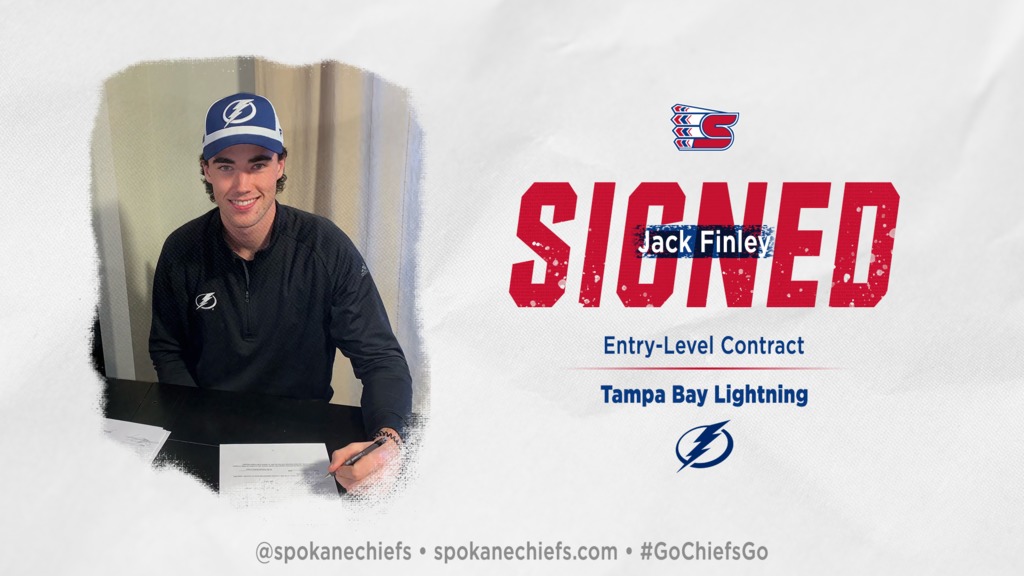 Spokane Chiefs forward Jack Finley has signed an entry-level contract with the Tampa Bay Lightning, as announced by the Lightning on Saturday. Finley was selected by Tampa Bay in the second round of the 2020 NHL Entry Draft.

The Stanley Cup Champion Lightning rewarded that effort by selecting him 57th overall — their first pick in the draft as they didn’t hold a first-round choice — making him the 75th ever Chief selected by an NHL club.

In 131 career WHL games, all with Spokane, he has scored 28 goals and 77 points to go along with 84 penalty minutes. Finley has also appeared in 15 WHL playoff games, posting eight points (1G-7A). A 2002-born player, he will return to Spokane for the 2020-21 season should he not make the opening roster for Tampa Bay.