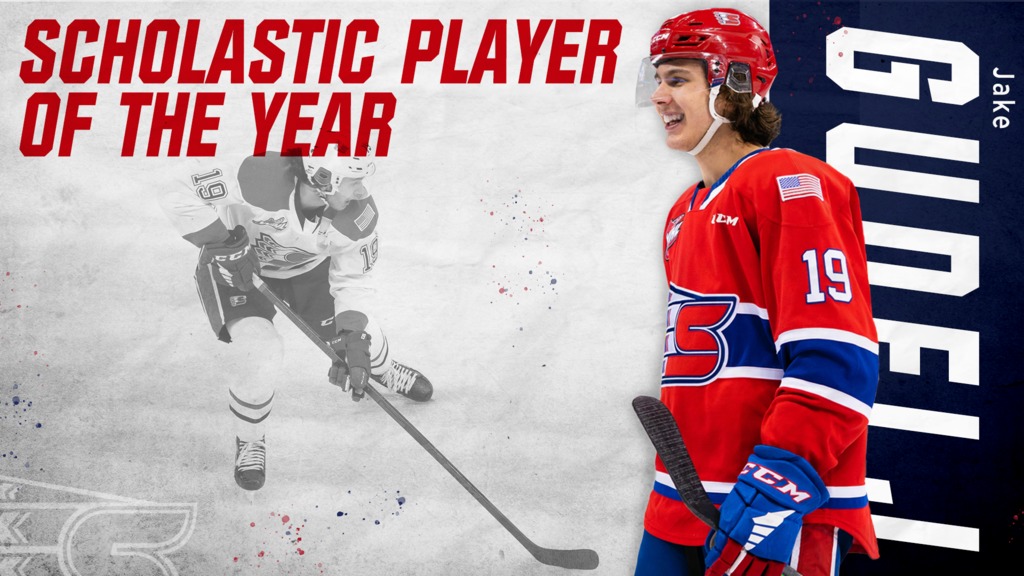 Spokane, Wash. — Spokane Chief Jake Gudelj not only moved away from his North Vancouver, B.C. home to take on his first WHL season as a 16-year-old, but, as with all high school-aged players in the WHL, took on a number of online high school courses. After completing Physics and Social Studies programs, with an average score of 95 percent in the first semester, he has been taking Chemistry and Accounting in the second.

For his efforts, Gudelj has been named the Spokane Chiefs Scholastic Player of the Year.

Gudelj appeared in 51 games in his first season as a Chief and recorded three goals and six points.

At the end of the season, the league awards the top Scholastic Player of the Year with the Daryl K. (Doc) Seaman Trophy. A Chief has won the league honor three times and the league’s Scholastic Team of the year once in 2016.

After graduating high school, Gudelj and all Chiefs will have the option to take college courses while still playing in the WHL. For each season played in the WHL, a player is awarded with a one-year post-secondary scholarship, which includes tuition, fees and books.

A player is able to attend any post-secondary or career-enhancing institution of his choice, including universities, colleges, technical institutes, trade schools, or any other institution which will help the player achieve his academic and career goals.