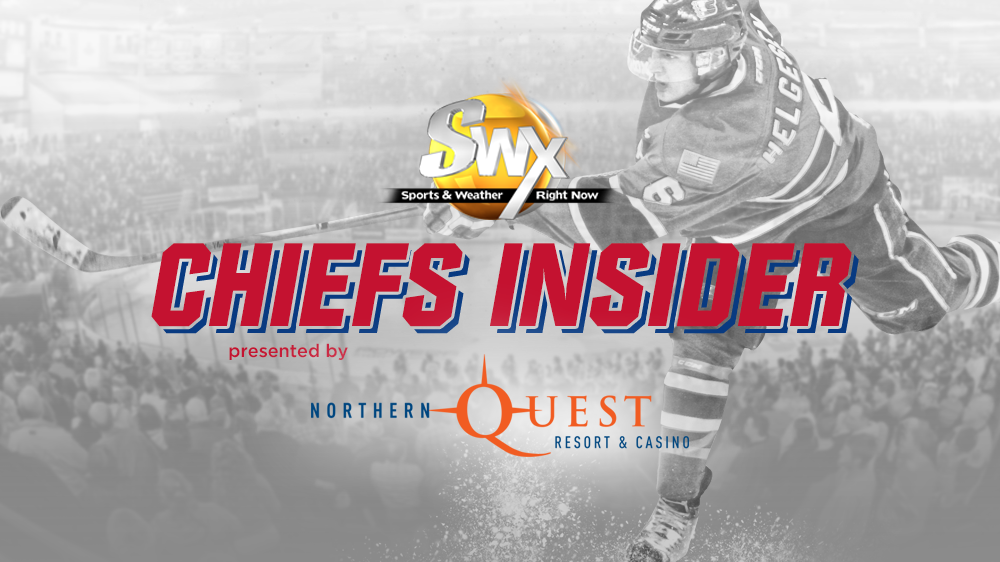 The fourth episode of the 2017-18 Chiefs Insider presented by Northern Quest Resort & Casino is set to air Wednesday, January 10 at 10 p.m. on SWX.

Chiefs Insider presented by Northern Quest Resort & Casino is a monthly show providing inside access and in-depth interviews with Chiefs coaches and players. Take a look behind the scenes and learn a little more about the players off the ice as SWX’s Sam Adams sits down with coaches and players every month.

For January’s episode, Sam sits down with L.A. Kings draft pick Jaret Anderson-Dolan as well as Chiefs goaltender Dawson Weatherill. Get a behind-the-scenes look at the Hockey Armor Seventh Man, a pre-game promotion that takes place at every Chiefs home game. Plus, several Chiefs players joined us to translate some common (and maybe not so common) hockey lingo!