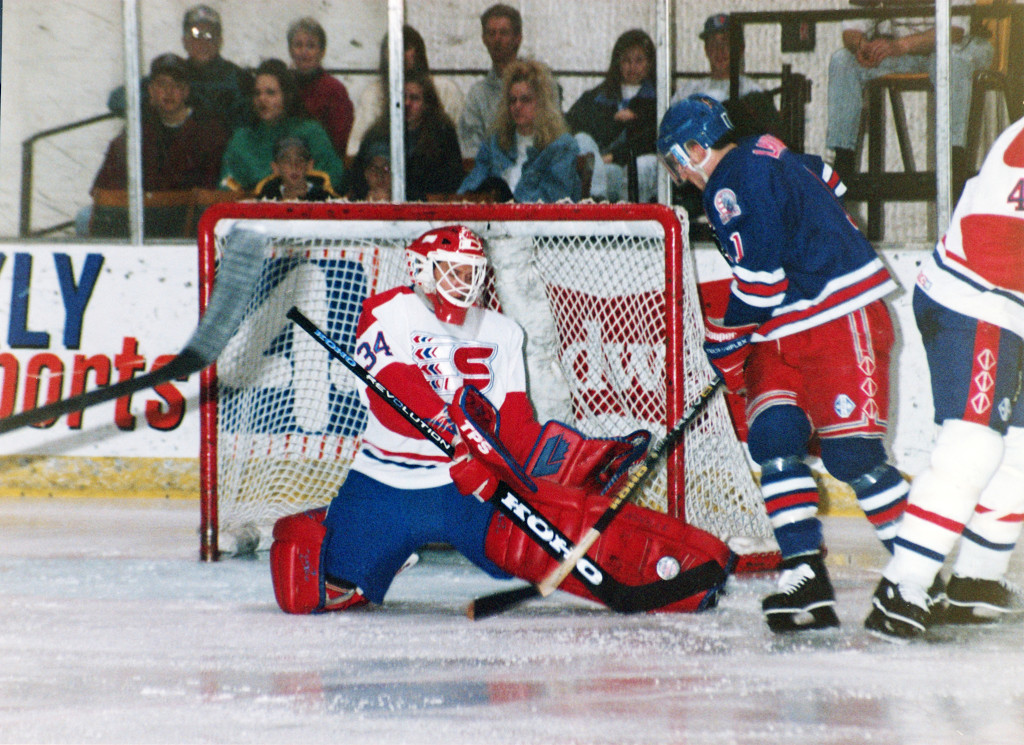 SPOKANE, Wash. – The Spokane Chiefs have announced that former goaltender and current surgeon at Charlotte (N.C.) Plastic Surgery, Dr. Jarrod Daniel, has been awarded with the organization’s Scholastic Alumni Achievement Award as a part of the WHL’s 50th Season celebration.

Daniel’s four year WHL career culminated in 1994-95 when he was named the Chiefs’ Player of the Year after appearing in 64 games and posting a 3.54 goals against average with a .900 save percentage, at the time a franchise record. The Edmonton, Alberta native also appeared in 102 games with Swift Current, Moose Jaw and Portland from 1991-94 before joining the Chiefs in the final season of the Spokane Coliseum.

For each season played in the WHL, a player is awarded with a one year post-secondary scholarship, which includes tuition, compulsory fees and required textbooks. A player is able to attend any career enhancing institution of his choice, including universities, colleges, technical institutes, trade schools or any other institution which will help the player achieve his academic and career goals.

Dr. Daniel has showcased his talents by performing live surgeries at international conferences. In addition to delivering lectures on a multitude of topics, he has contributed chapters to several books in the field of plastic surgery.

Dr. Daniel is also a team doctor for the Charlotte Checkers of the American Hockey League.
Away from the office, Dr. Daniel is a runner, a golfer and a fly fisherman. He enjoys spending time with his wife Frederique and sharing his lifelong love of hockey with their four children.

The Chiefs will recognize Dr. Daniels’ accomplishments during the End of the Season Awards Ceremony on Saturday with a video message from Charlotte. Spokane will host the Kelowna Rockets during the Coca-Cola Season Finale presented by New Country 93.7 the Mountain and KAYU Fox 28.

Tickets for all home games are available via TicketsWest online at www.ticketswest.com and via the Chiefs’ Ticket Office in-person at Spokane Arena or over the phone at 509-535-PUCK.